Eagles Official Sponsor
As the Fall season closed out a little less than a month ago, I want to take a moment and reflect on the performances of all of our athletes and coaches. We had so many student-athletes as well as our coaches put so much work in during the summer months and throughout the season and that work was rewarded in a number of ways.
Team Successes
Boys and Girls Cross Country
It has been great to see the continued success of Cross Country program this fall! Coming off of our first ever girls program in school history last year,  the girls program continued to grow in numbers and success. The girls were able to win the MIAC conference once again with the top 4 runners all wearing purple and gold! They also captured the first Regional Championship in school history and placed a program best 11th place at the MHSAA State Championship meet! The Boys Cross Country team was just as impressive, also winning the MIAC Conference title and qualifying for the MHSAA State meet with their Regional Championship. They were able to finish in 9th place over all for Class D in the State of Michigan:   the best finish in program history!
Volleyball
Although the Volleyball team fell short of their goals this year, they performed very well this year, adjusting to a lot of new teammates and way of playing. We were able to see a lot of exciting games this year and were so proud of their efforts! They tied for a second place finish this year in the MIAC Conference, which is by far the most competitive Class D conference in the state. They lost to Southfield Christian in the District Final, who made a tremendous run to the final four.

With a new coach and a lot of first year players, it turned out to be a great season for our soccer program. We had 25 kids play this year which allowed for us to play a number of JV games this year as well. It was great to see the overwhelming participation. The Varsity squad finished with a second place finish in the MIAC by just one game! The boys played two impressive district games to earn their right to play defending Class D champs Greenhills in the District final at Greenhills. In a tough environment against a tough team, the Eagles played even for 65 minutes before Greenhills pulled off the win. Greenhills would eventually go on to play in the State Championship.

Another team with a new coach! Mike Kwang was a difficult piece of our program to replace, but Brett Manning did a tremendous job and we are very blessed to have him join our program. He is truly a 3-dimensional coach, coaching all three levels of the PCA student-athlete:  on the court, in the classroom, and in their walk with Jesus. The Eagles team played a tough schedule with some success against bigger schools. After falling short in the toughest Class D regional in the state, Coach Manning was proud of the visible improvement of the team from August to October. The team earned Academic All-State this year, proving the well-rounded athletes of our program!

We had six athletes play football this year at Lutheran Westland, four of whom were freshman. We are so blessed to be able partner with Lutheran Westland in this Co-Op. I am glad to see our kids have the opportunity to play high school football. They had a number of cool memories, including being voted as “Game of the Week” by Channel 4 and a number of the home games played on Friday nights under the lights–the first year that they have been able to have that experience! The team finished 5-4, just barely missing the playoffs. We look forward to continue to grow in our Co-Op relationship and hopefully see more of our PCA athletes take advantage of the opportunity of playing high school football.   The athletes who competed this year were:  Mario Cassar, Brody Gibson, Evan Loiselle, Evan Fischer, MacArthur Gibson, and CJ Magnum.

PCA Coaches Honored
A number of our Fall coaches were honored this season for their team successes. DJ Kellogg was named the MHSCA Volleyball Coach of the Year for all divisions. This is an incredible honor! He was able to accept his award in Lansing in mid-November and we are so proud! He represented our school, program, and Lord and Savior with tremendous humility. Rod Windle earned MIAC Coach of the Year in back-to-back years for both the boys and the girls cross country teams. He also earned the Regional Coach of the year for both teams. A tremendous honor!

Our captains commit to an extra responsibility in the leadership of our teams. Thank you to the following captains and the leadership on and off the field/court in their sport this Fall season.

Some of our student athletes have gone above and beyond in their sport and it has been recognized! We participate in four (4) total sports in the MIAC conference and we had three (3) Conference MVP awards! Amazing!! Congratulations to the following athletes who earned MVP honors: 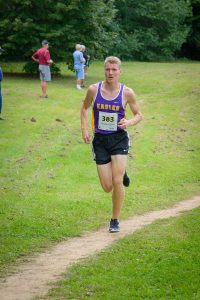 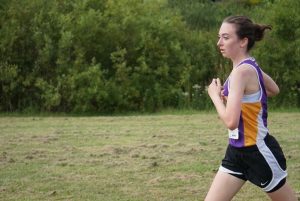 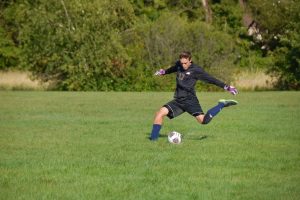 We had a number of athletes earn All-State Honors this year as well! Congratulations to the following athletes for their great individual season performances!

Tennis- This is not a conference sport but I would like to congratulate Matt Pierce (MVP) and Gloria Ravuri (Christian Spirit Award) on their team honors!

PCA Athlete of the Season Award

Something new we are doing this year is celebrating the Top Male and Female Athlete of each season. Each year, 2-3 male athletes and 2-3 female athletes will be nominated based on their individual successes and then voted on by the PCA staff. The winners will get their picture framed in our gymnasium, along with their favorite verse. It is an opportunity for our top athletes to give glory to God and for our guests who walk through our gym to see the testimony of our student-athletes.

For the Fall 2018 season, the honorees are Luke Pohl (Cross Country) and Gabriella Kellogg (Volleyball). Congratulations to both!

I am proud of all of our athletes, coaches, and teams on everything they were able to accomplish this season. It is a joy to be a part of a school where we can use the gifts, talents, and passion for sports to bring glory to our amazing GOD!