PLYMOUTH, MI (October 1, 2019) – The Eagles tennis team ushered in October with a decisive 8-0 win over the Warriors from Southfield A & T. The win pushed their dual match record to 6-1 on the season.

It was the t 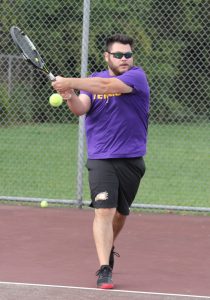 hird season sweep of an opponent for the Eagles – they also have sweeps against Monroe St. Mary Catholic Central and Monroe.

The Purple and Gold were paced by Justin Parks who won his match at #1 singles. He cruised in straight sets, 6-1, 6-1.

PCA swept the doubles matches as well. The #1 Doubles te 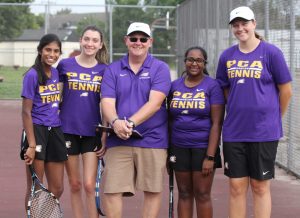 The number #3 doubles team of Vinnie Lewan and Stosh Zasdany won 6-1, 6-3 and the Freshman pairing of Anna Brown and Isaac Demko got a big 6-2, 6-2 victory.

Playing in the #5 Doubles spot were Francesca Barker and Rebecca Nokku and they emerged victorious as well. 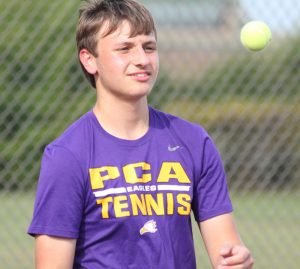 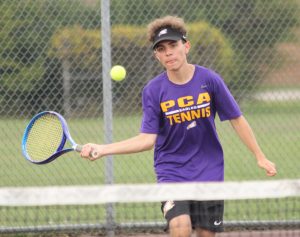 Next up for PCA will be their annual Purple and Gold Scrimmages set for Thursday at 4pm at the PARC in downtown Plymouth. They will celebrate their six seniors following the matches, with the festivities beginning at 5:30.