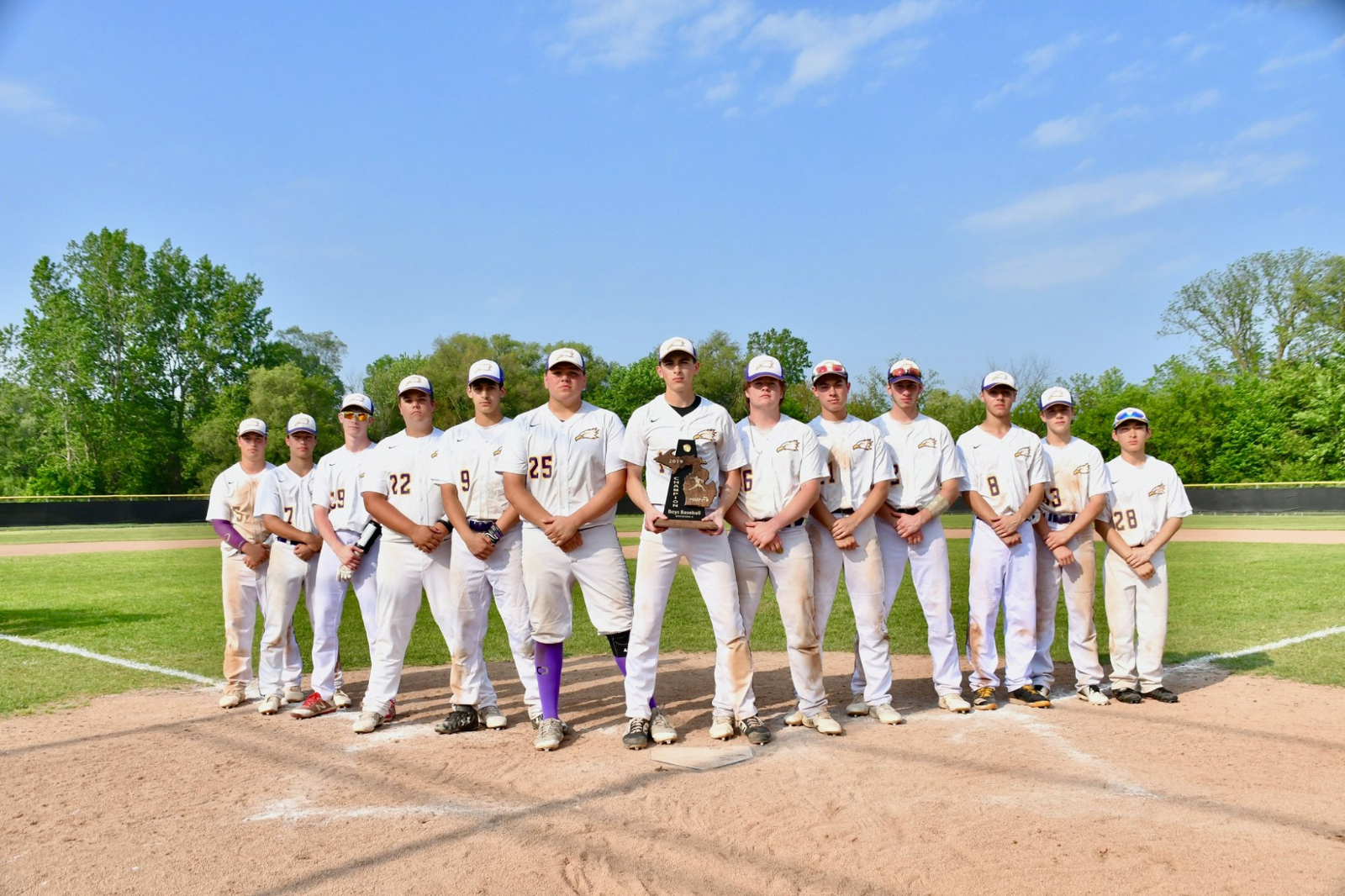 The 2020 Plymouth Christian Baseball Eagles are full of hope returning a ton of experience and adding several exciting new players.  Prior to the 3 week moratorium due “The Virus that should not be Named”, the team had an excellent week of practice.  Although we do not have any Seniors on the team, that does not mean there is a lack of experience.  We have returning Juniors Nathan Etnyre, Jake Weertz, Gabe Emilio, Christian Southerland, Liam Stein, Joey Radabaugh, Dillon Morby and newcomer Collin McInerney.  Returning Sophomores are Mario Cassar, Evan Loiselle and Caleb Cameron.  Incoming Freshmen are Riley Brodhagen, Noah Etnyre, Eshton Krieger, Vinny Lewan, Aiden Rafferty, Joey Weertz, Kyle Moore, Cameron Weller and Bradyn White.

Nathan Etnyre will enter his 3rd season batting leadoff and his ability to hit to all fields combined with outstanding base running ability will mean lots of early scoring for the Eagles.  Nathan will play shortstop, centerfield and pitch.  Jacob Weertz will be able to move from behind the plate and anchor the middle infield with Nathan (when either of them are not pitching) covering 2nd and shortstop.  Gabe Emilio continues to thrive on the mound and will also play 3rd base and outfield.  Dillon Morby will remain a mainstay at 1st base and hit in a power position.  Joey Radabaugh will also get lots if innings on the mound (that is if he stops trying to hit me when I stand in the batters box at practice!) and play one of the corner outfield spots.  Christian Southerland will play just about everywhere on the field, but primarily pitcher,  3rd base and corner outfield.  Liam Stein will also get time at several positions, including the mound, sprinkled in with 2nd base and outfield.  New to the team this year is Collin McInerney, who may very well be the fastest player on the team and will play outfield.  I seriously could not get the ball past either Collin or Liam in practice last week, so speed on the bases will be a big part of the team this year.
Sophomores Mario Cassar, Evan Loiselle and Caleb Cameron will contribute greatly to the team again this year.  Both Mario and Evan are showing plenty of power in batting practice and Caleb will play multiple positions.  Mario will play 3rd base and corner outfield, Evan will spell Dillon at 1st base and Caleb will play 2nd base and outfield.  Caleb will probably convince me to pitch and catch at some point also!
There have always been Freshmen that have contributed immediately at PCA and this year is no exception.  Noah Etnyre, Joey Weertz and Eshton Krieger will handle the catching duties this season with Noah with Joey rotating at 3rd base and Eshton pitching.  Riley Brodhagen will get significant innings on the mound and also in centerfield.  Bradyn White will also see a lot of mound time and fill in on the left side of the infield.  Aiden Rafferty has demonstrated power in batting practice, Cameron Weller will play 1st base and outfield and Vinny Lewan will play outfield.  Kyle Moore will also spend time in the infield and has shown some early hitting prowess, in Kyle’s case, you always know when you have a hockey player on the team when they get hit in the face with a ball and just shrug.  So if you see him, compliment his black eye!
All totaled, we have 20 players, and 10 pitchers.  With that many guys, we have loaded up our schedule with the maximum number of games that the state allows us to play (pre-virus shutdown) so there will be plenty of playing time to go around.  Included in this schedule are 2 trips Up North for tournaments hosted by Inland Lakes and Onaway, two great schools that we have created relationships with by hosting them in early season games while their fields have snow into the middle of April.
Some additional excitement this season is the construction of dugouts for both the varsity baseball and softball field.  All the walls have been poured and we are in the process of constructing roofs.  The 1st base dugout on the baseball field is almost done and the 3rd base one is coming along nicely.
As soon and we are allowed to play again, come on out and cheer on the Eagles as we go for our 4th straight District Championship!
Mar
08