PLYMOUTH, MI (August 25, 2020) – In the first official athletic event since March 13, the PCA Eagles Co-Ed Tennis Team downed Southfield A and T, 7-1 in a dual match played at the Downtown Plymouth PARC. 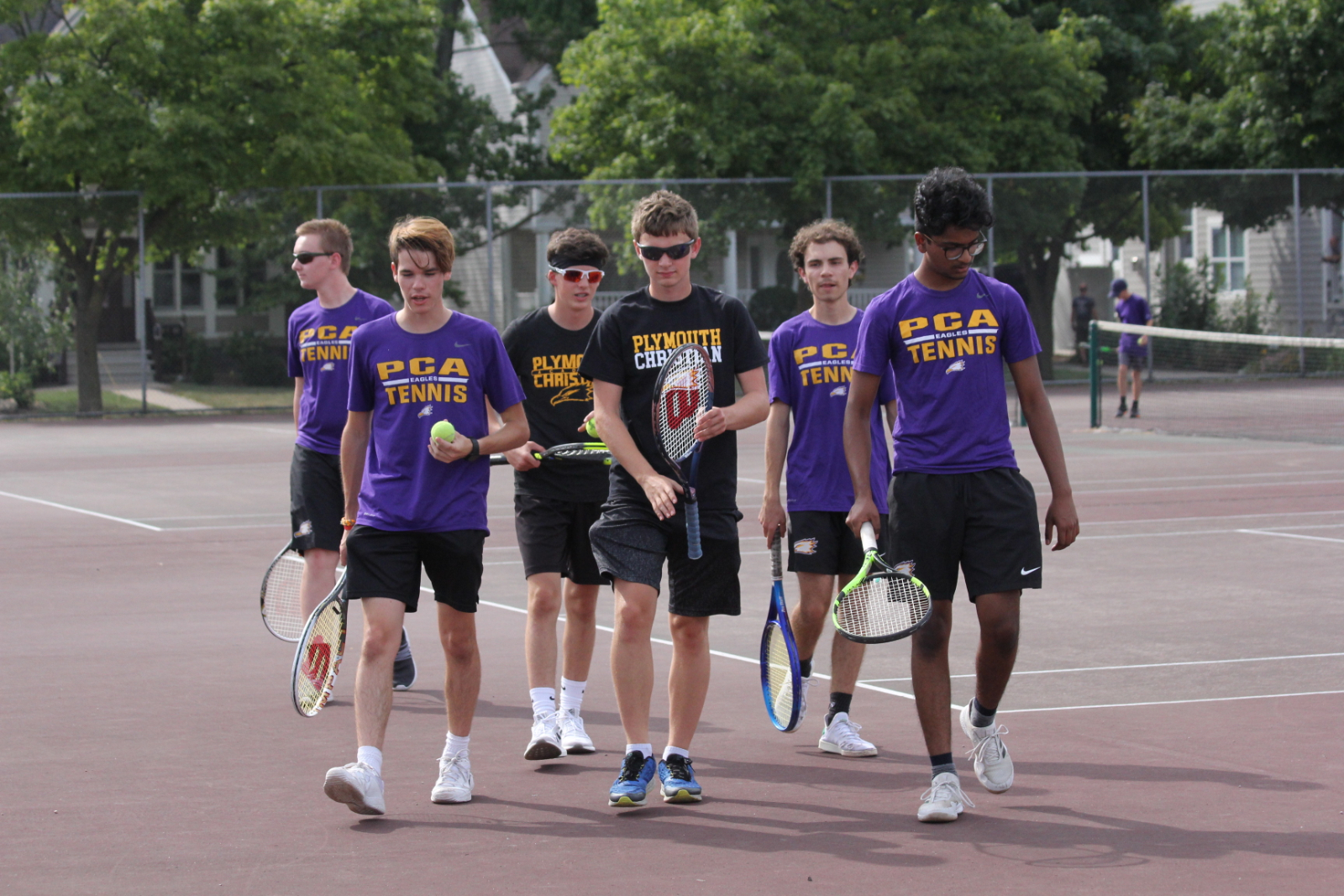 ks a bit different this year, having graduated six seniors and losing two others for other concerns. But the team has grown to 15 strong and has plenty of depth.

The other Eagle singles players won their matches, but they were battles. At #2, Tim Perumalla rallied in both sets to earn a 6-3, 7-6 win. Freshman Brett Holmes squandered match points in the second set but played brilliantly in the third to earn a 6-0, 6-7, 6-2 win at #3 singles. The #4 singles match seemed to go on forever, bu 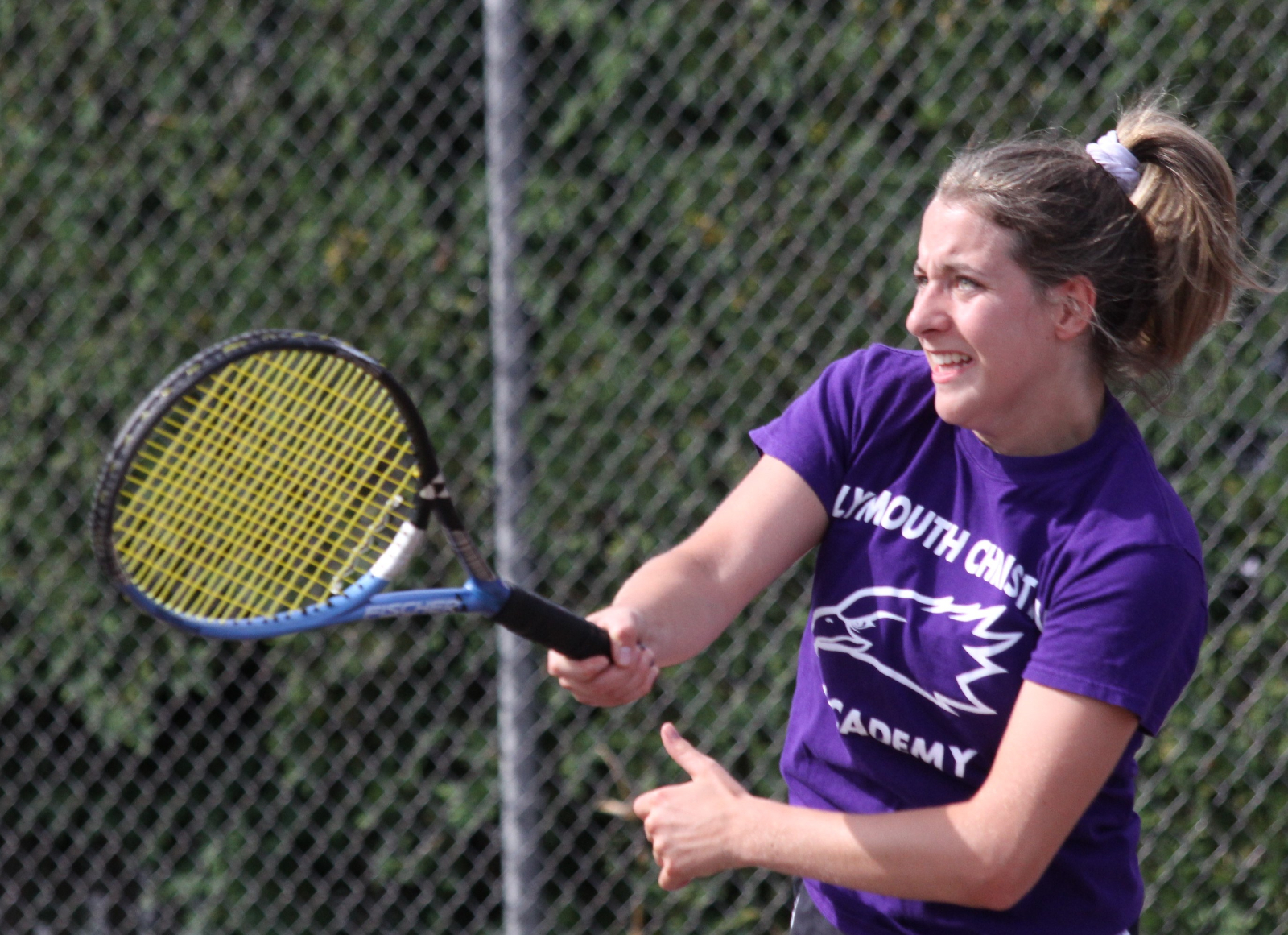 The doubles matches were routs for PCA. At #1, brothers Christian and Evan Southerland, both

new to the team, won 6-0, 6-0.  The #2 doubles team of Vinnie Lewan and Stosh Zasadny dispatched their opponents by the identical score.

The #3 team of Co-Captain, Isaac Demko and Eshton Krieger and the #4 team of An

na Brown and Rebecca Nokku earned forfeit victories. Southfield A and T could only field a team of eight today.

ers of the Eagle squad who dressed for the

The team of Emma and Nicole lost a close set in a tiebreaker against their opponents and Brady was leading 5-0 when the match was called.

PCA hits the road on Saturday when they play Lansing Christian. Play begins at 1pm.