The wind seemed to throw off the timing of the players, but the Pilgrims were able to make the adjustments and earned the v 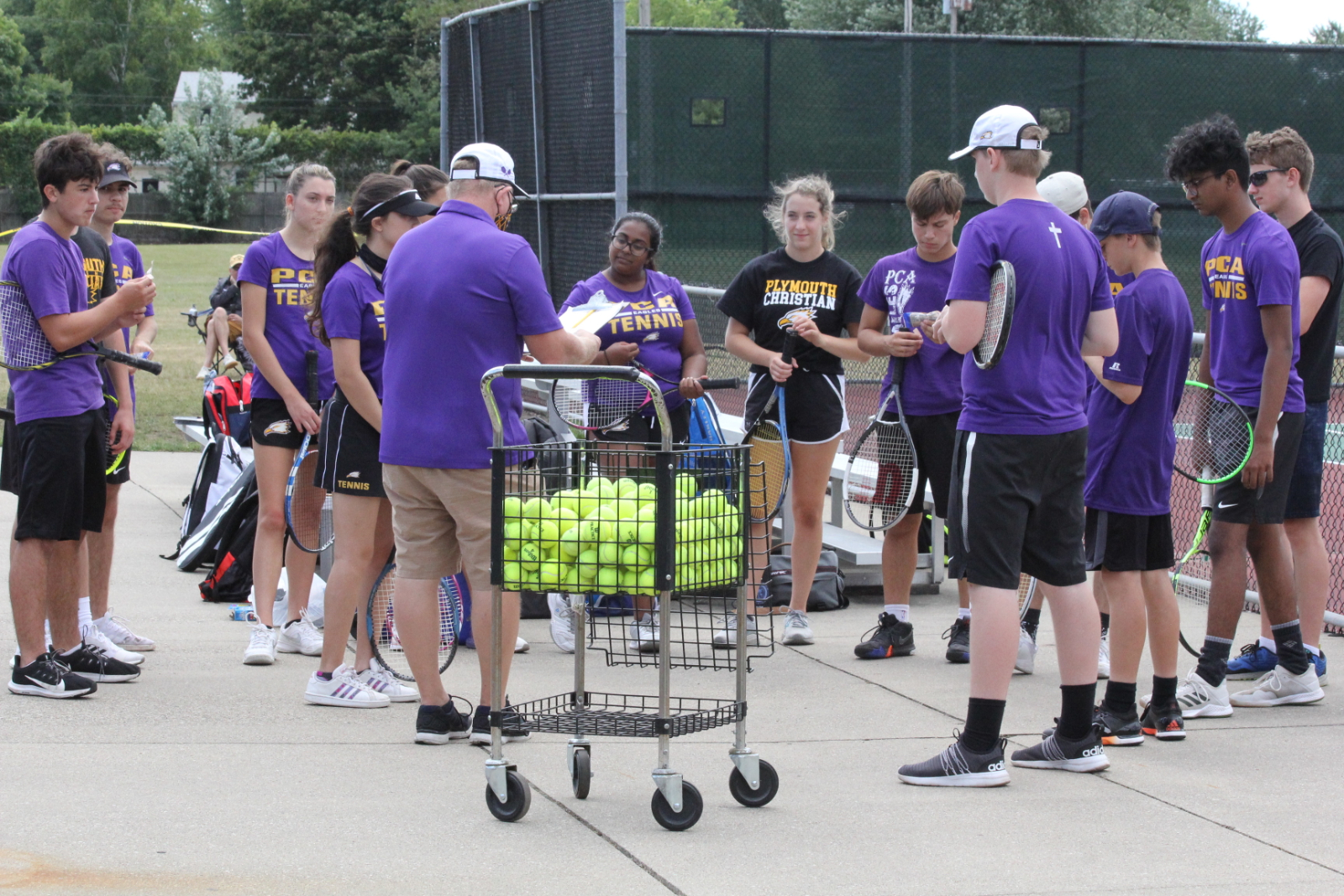 At #4, Francesca Barker fought valiantly against her opponent but dropped a tough 3-6, 1-6 decision.

On the doubles side, the only Eagles to earn a victory were the #3 pairing of Isaac Demko and Brady Smith who won 6-2, 6-2.

cided with a 10-point tie-break.

The #5 doubles team of Emma Clark and Eshton Krieger played very well in their 4-6, 5-7 straight-set loss. Both players served well and showed improvement.

The Eagles will have time to practice as the athletic administration works to add some dual matches to the schedule. The Covid pandemic has wreaked havoc with the scheduling of athletic events and tennis is feeling the effects, even though the sport was given a

pproval to play from the Governor’s office.

Currently, PCA’s next match will be September 28 against Southfield A and T.