The Eagles were led by Ava McInerney who had 8 kills and two aces, Hallie Creighton with 23 assists and Lauren Heussner who h 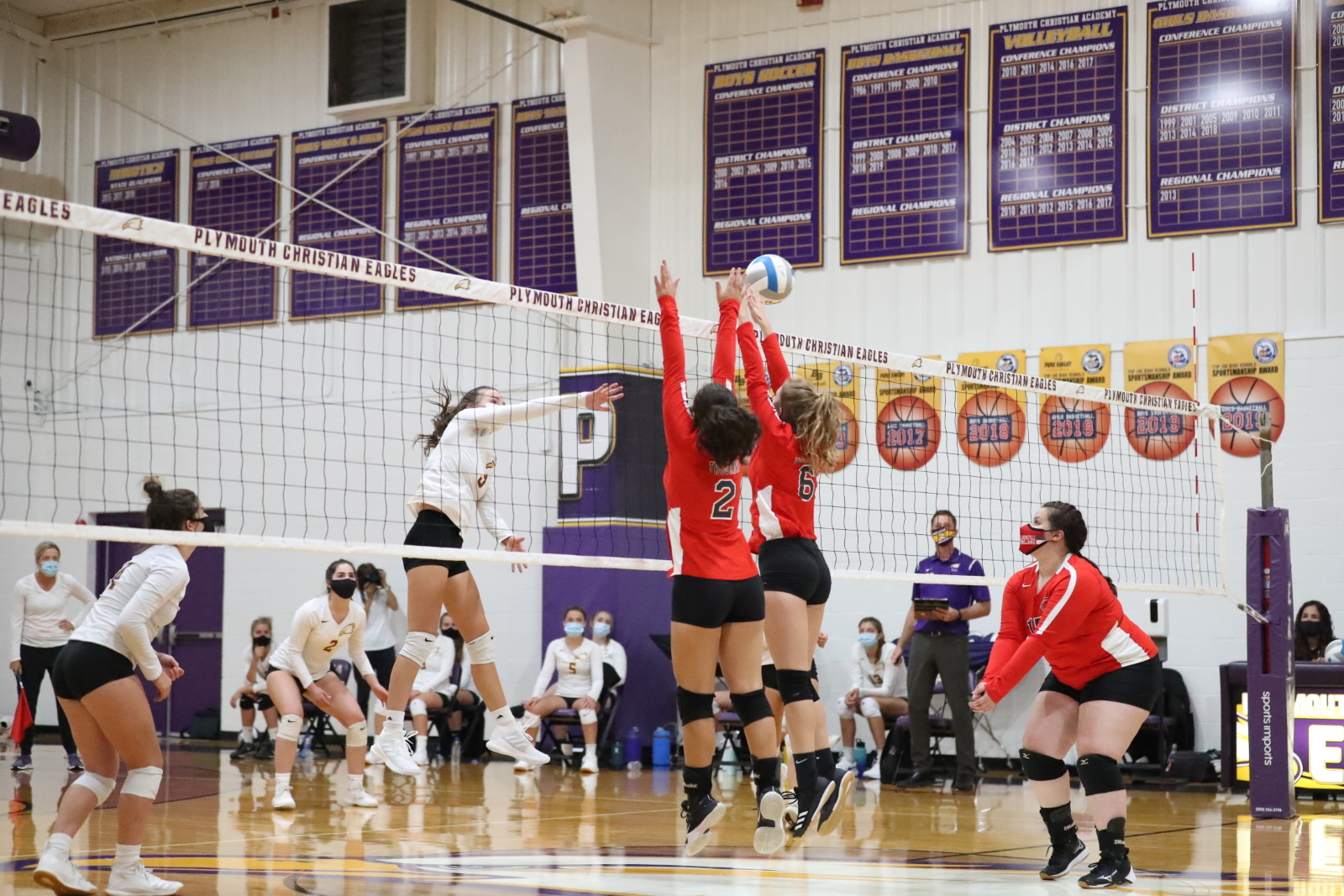 ad 2 service aces to go along with two kills and four digs.

Head Coach, D.J. Kellogg was pleased with the overall performance of the team, “We improved from our last match. Our hitting as a team improved and I was pleased with the way we served”, he said. “I liked our passing – good passing leads to everything. I really liked the way Ella Atchinson played tonight. She passed well and played good defense.”

Clarenceville hung around in the first set before the Eagles took control and won 25-18.

Due to Covid precautions, the teams did not switch sides for the second set.

The Eagles fell behind early in set number two, but went on a run to run aw 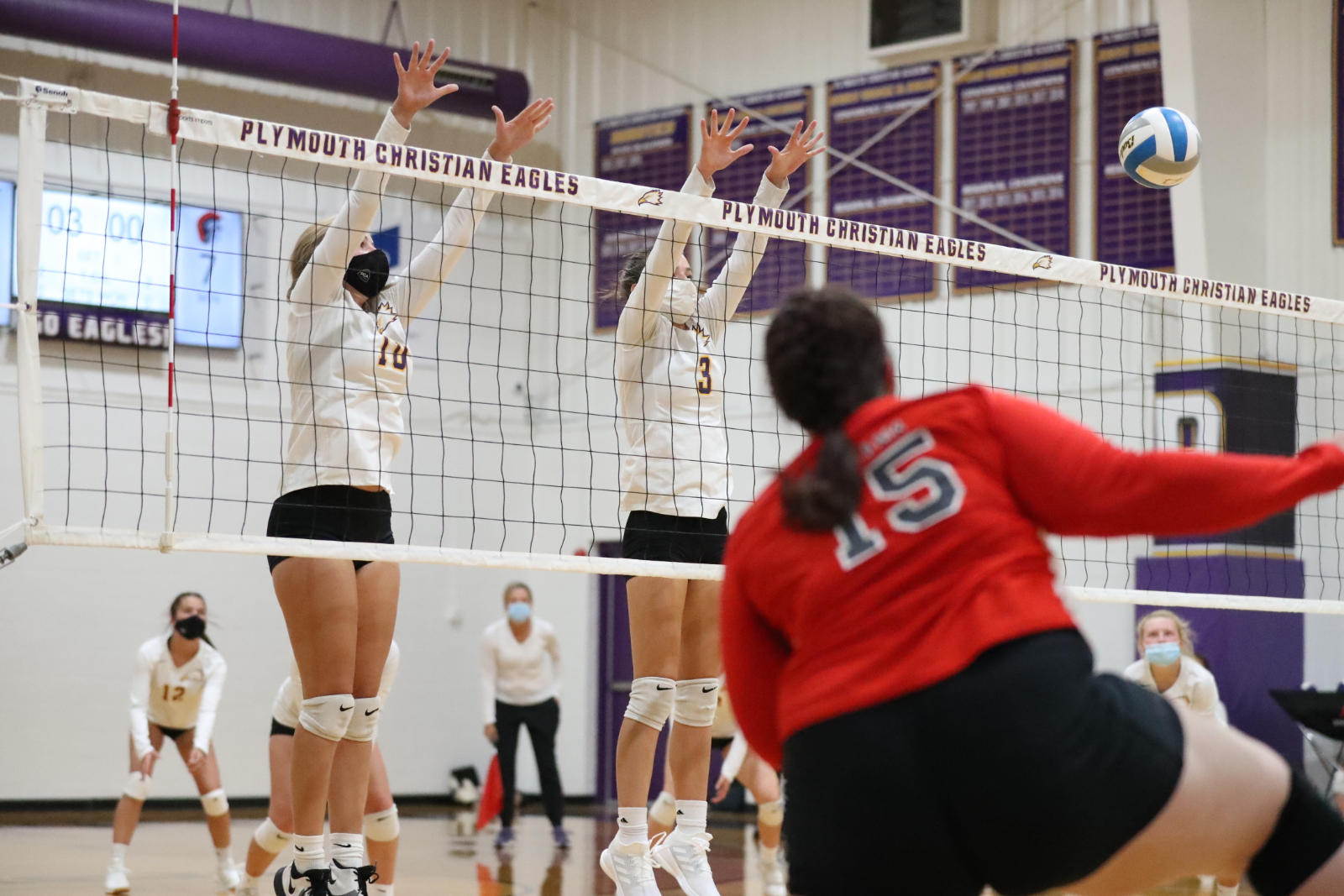 In set three, the Eagles depth played a big part in the win. Allie Pilat, Kate Creighton and Rachel Paulin were on the top of their game and gave the Eagles solid minutes in the set. PCA was never in trouble and rolled, 25-11 to close out the match.

The Eagles will be back in action on Thursday when Southfield Christian visits Butler Gymnasium. The action will begin at 6:30.