Head Coach D.J. Kellogg praised his opponents, “They (Southfield Christian) was a disciplined team. They are well coached, and the 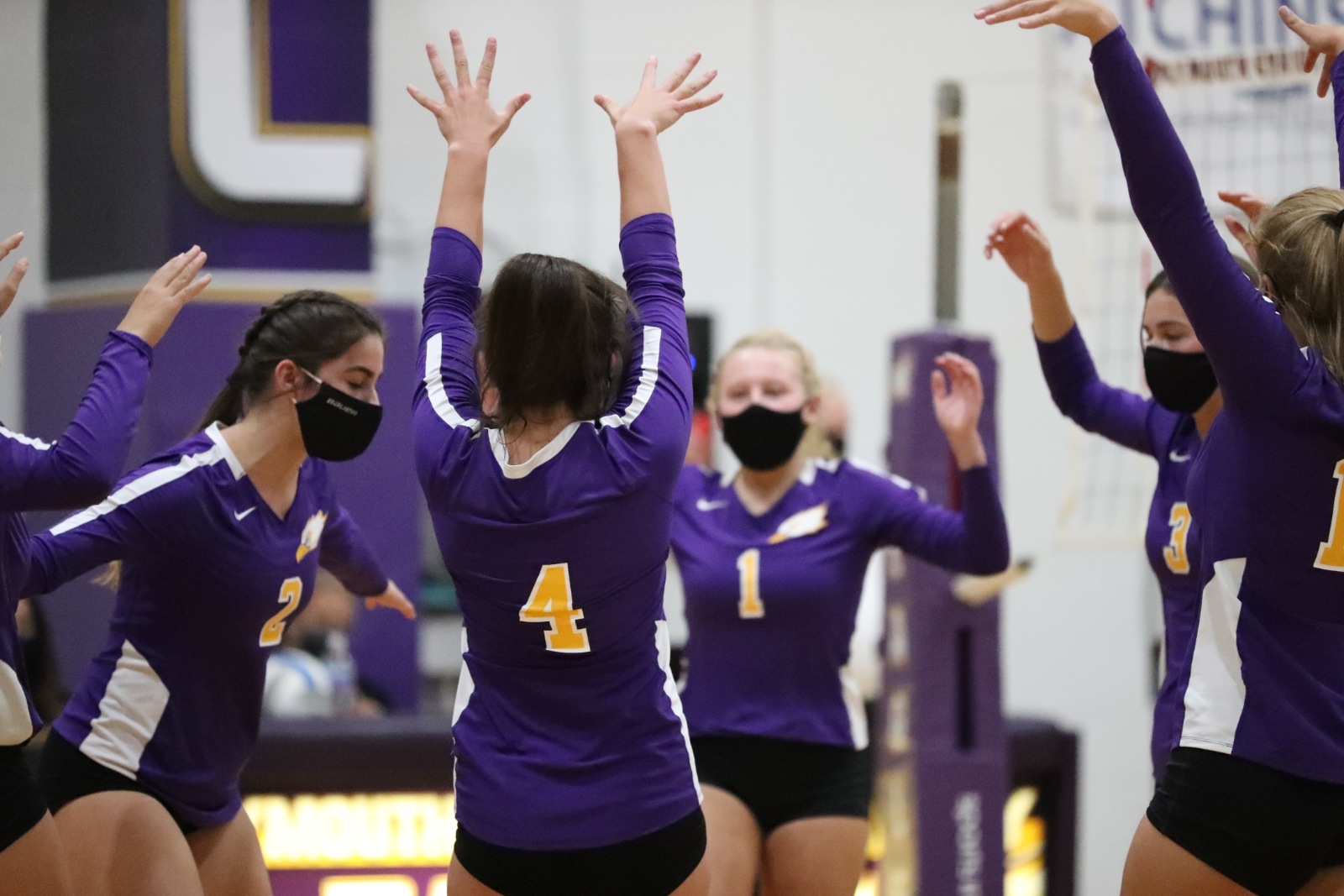 y played well. We struggled in some areas and we have to improve, but I was very pleased with the way we fought. We proved that we are mentally tough – this was a good win.”

The first set was dominated by Southfield Christian. They led early and looked to run away with the opener, but PCA made a late rally and pulled to within two but lost the set on a kill attempt that went long. 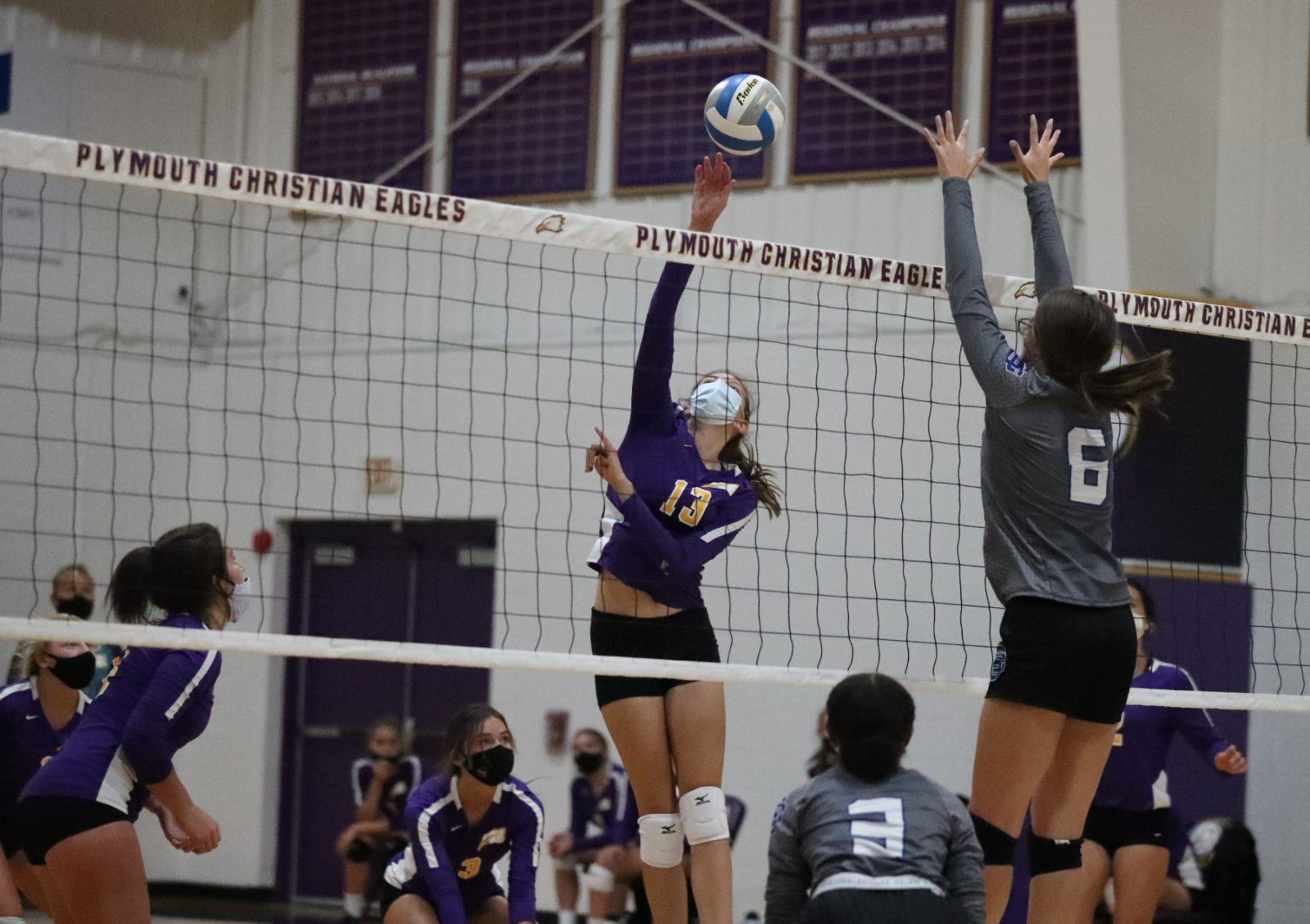 The second set was all PCA – as they led from the start. The Eagles got some clutch serving from Emma Heussner and closed it out to pull even.

In the third, both teams seemed to hold the advantage. PCA led 21-18, but Southfield Christian went on a late run and squeezed out a 25-22 win to take a two sets to one advantage.

The fourth set was a closely contested affair. PCA was nursing a one-point lead when they got a big kill from Ava McInerney and

solid serving from Lauren Heussner to close it out, 25-21, to take us to the fifth and deciding set.

The visiting Eagles started strong and took an early lead, but PCA battled back to lead 8-6. The Eagles led 14-12 when Coach Kellogg took a time-out to settle the players down. The strategy worked as they forced an error following an SCS serve. Final score, 15-12.