Although the final score did not reflect it, the Eagles made great strides since their Monday road match.

Many of the matches w 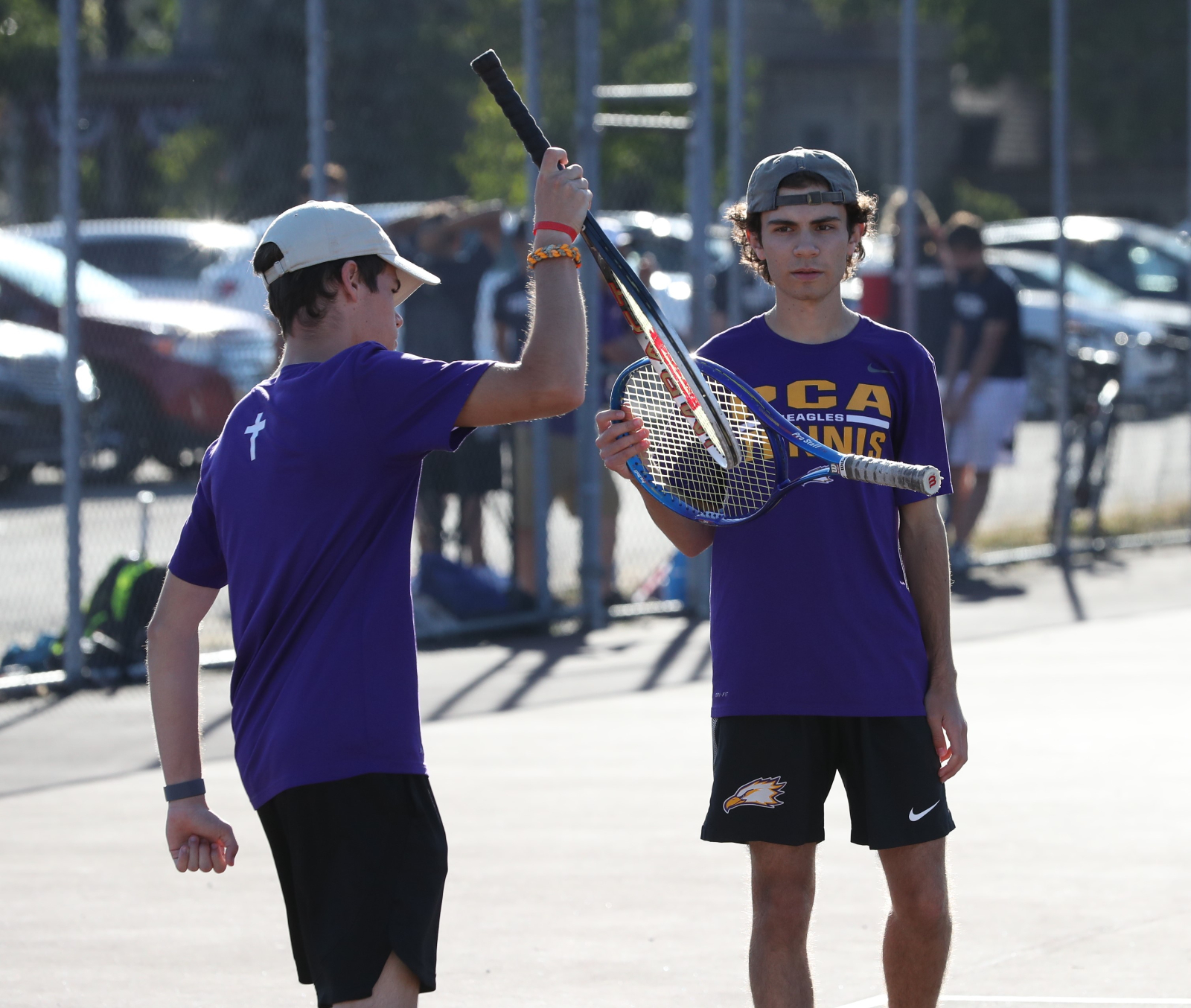 ere tight and well contested. There was improvement in their groundstrokes and court strategy.

The #1 Doubles team of Christian and Evan Southerland dropped a heartbreaker, losing in identical sets, 7-6, 7-6.

The #2 Doubles pairing of Stosh Zasadny and Vinnie Lewan lost 6-3, 6-4 in a contest that could have gone either way.

Other players who stepped up their game against a tough opponent were #1 Singles player, Alessandra Barker who battled throughout her match and Tim Perumalla, at #2 singles, who discovered his forehand and had his opponent on the ropes for a good portion of the match.

PCA will regroup and prepare for a road battle with Riverview Gabriel Richard on Tuesday, September 22.