WYANDOTTE, MI (September 22, 2020) – In a thrilling comeback, the #1 Doubles team of Christian and Evan Southerland rallied from a set and a break deficit to down their Riverview opponents in three sets to secure a 5-3 victory and snap a three match losing streak for the Eagles.

The Southerland’s had lost the first set, 5-7 and trailed 4-1 in the second before winning five consecutive games to win the set, 6-4 and force a third set, 10-point tiebreaker. They kept the momentum going in the tie-break, racing out to a 5-0 lead. Their Pioneer opponents closed the gap to 7-4 before the brothers closed out the match, 10

-4. That win was the clinching point in the 5-3 victory. In the early stages, it was looking as though the best the Eagles could muster would be a tie. But the brothers would have none of that – they served well, hustled and hit the big shots in the latter stages of the  the match.

Freshman, Brett Holmes (#3 singles) won a gutty straight set match, 6-2, 7-6 after falling behind in the second set and the #3 Doubles pair of Isaac Demko and Eshton Kreiger won convincingly, 6-2, 6-1.

Because the Pioneers were limited in available players, they forfeited the #4 singles and #4 doubles spots.

Tim Perumalla lost in straight sets at #2 singles and the 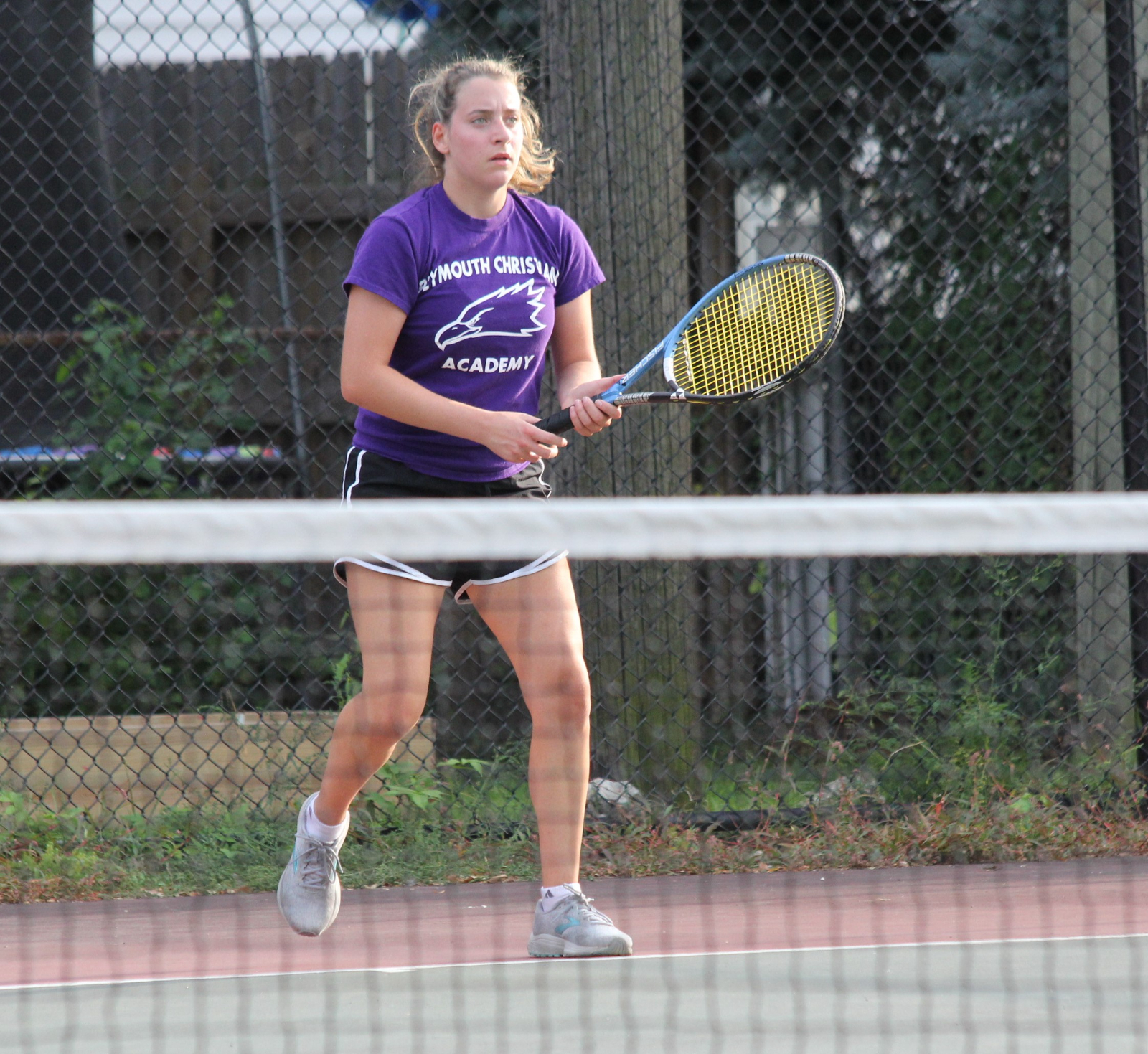 After an off day and a day of practice, the Eagles will be busy for the next seven days. They will host Monroe St. Mary’s Catholic Central on Friday, travel to Gibraltar for the Carlson Quad on Saturday, play at Southfield A & T on Monday, travel to Woodhaven on Tuesday and host AA Gabriel Richard on Thursday. That’s five matches in seven days. Let’s pray for good weather!