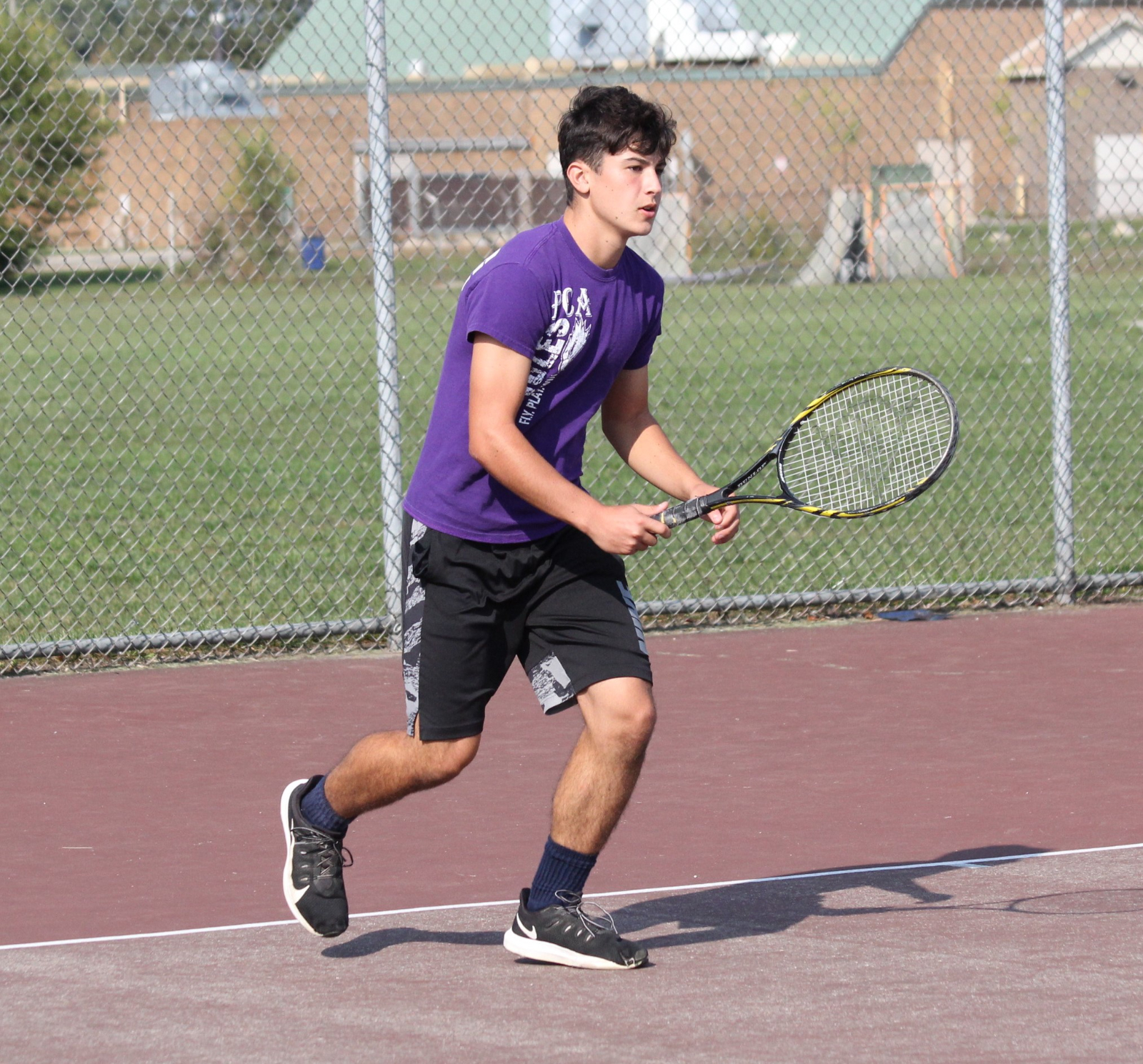 utherland, playing in the #2 singles spot, won 8-0 to secure the victory. SMCC could only field four players today, so they defaulted all the doubles matches. Southerland’s win was the clincher – the second time this week that he earned the winning point. On Tuesday, he and his brother Christian earned the decider against Riverview Gabriel Richard in #1 doubles.

Coach Brett Manning made some line-up decisions to get some of the younger players some action in different spots.

Tim Perumalla played at the #1 singles spot and lost a tough match, 8-5. All matches were eight-game pro-sets to ease the amount of play for the four SMCC players.

Freshman, Brett Holmes remained at #3 singles and fought valiantly, but fell to his Junior opponent. 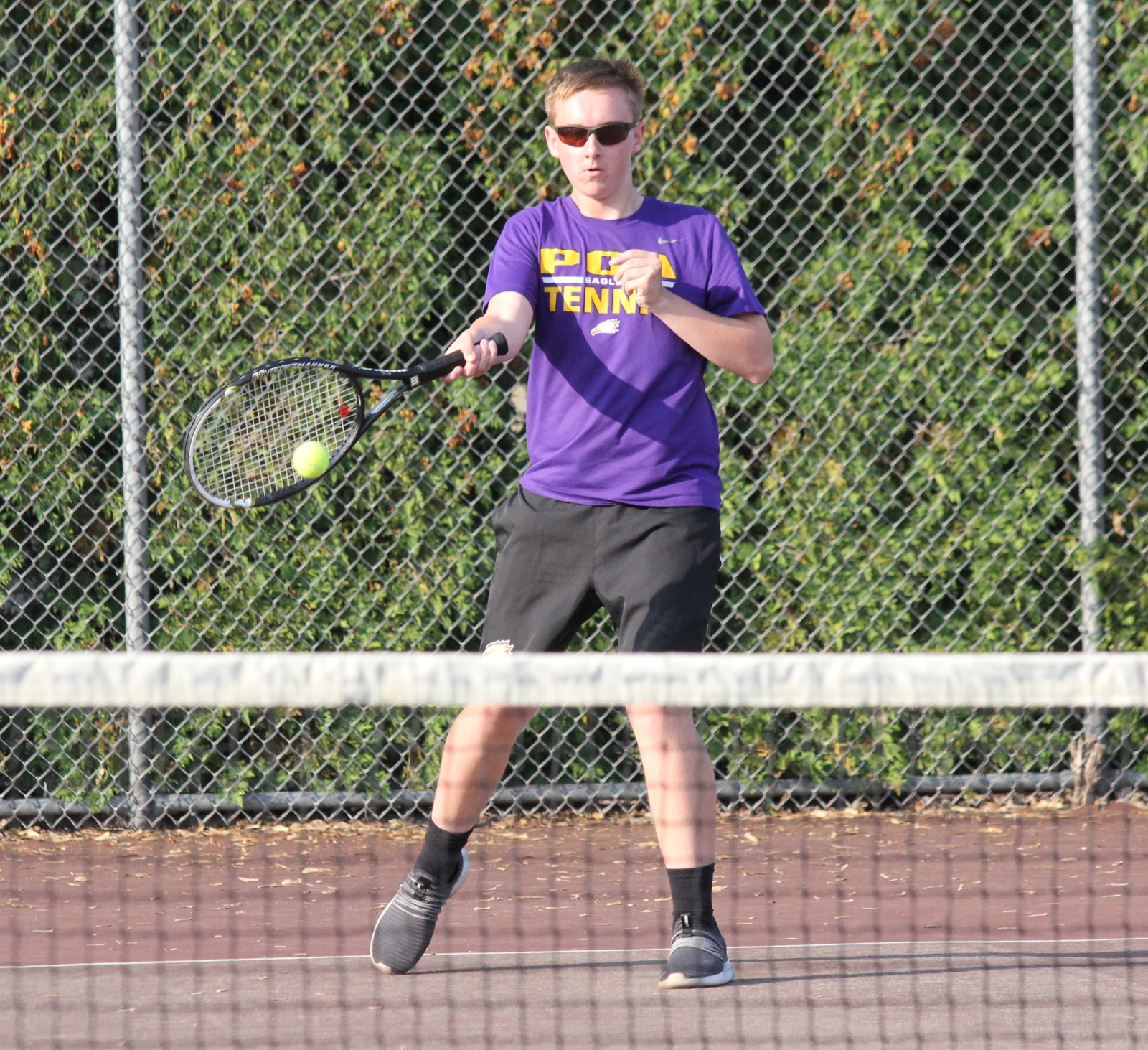 ain, Isaac Demko got a chance to play at the #4 singles spot and lost a thrilling marathon match, 10-12. He was encouraged, despite the result, “I really liked playing singles. Having the responsibility and shoulder all of the blame or success felt really good.”

Other players who saw action in exhibition matches were Alessandra and Francesca Barker who played in the #1 doubles spot and Vinny Lewan and Stosh Zasadny who played at #2. 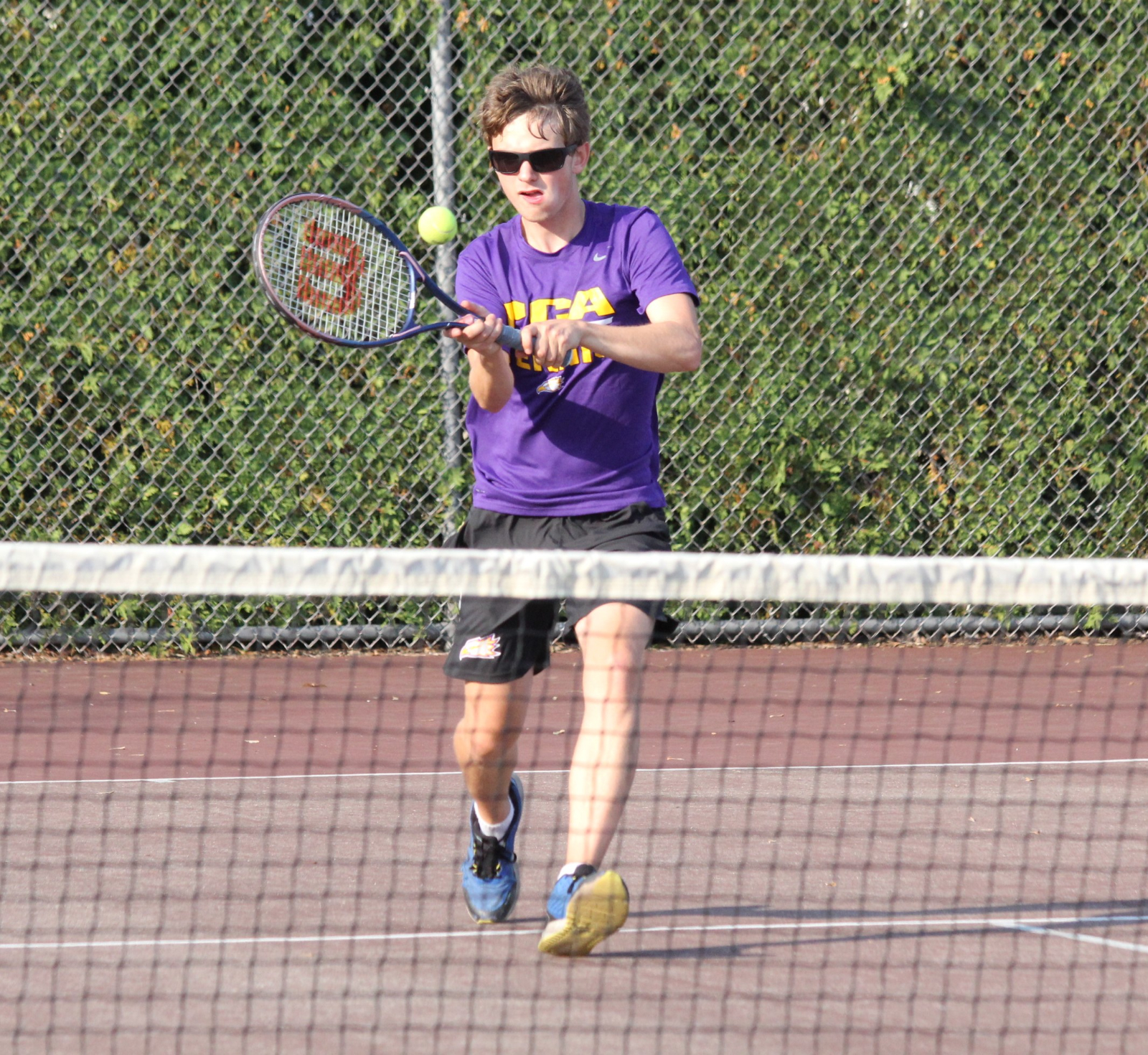 PCA heads back to Gibraltar on Saturday to play in the Gibraltar Carlson Quad with two Carlson teams and Ann Arbor Greenhills. Action starts at 9:00am.