GIBRALTAR, MI (September 26, 2020) – On a perfect day for tennis, the Eagles had one of their best showings of the season and finished a strong third at the Carlson Quad. 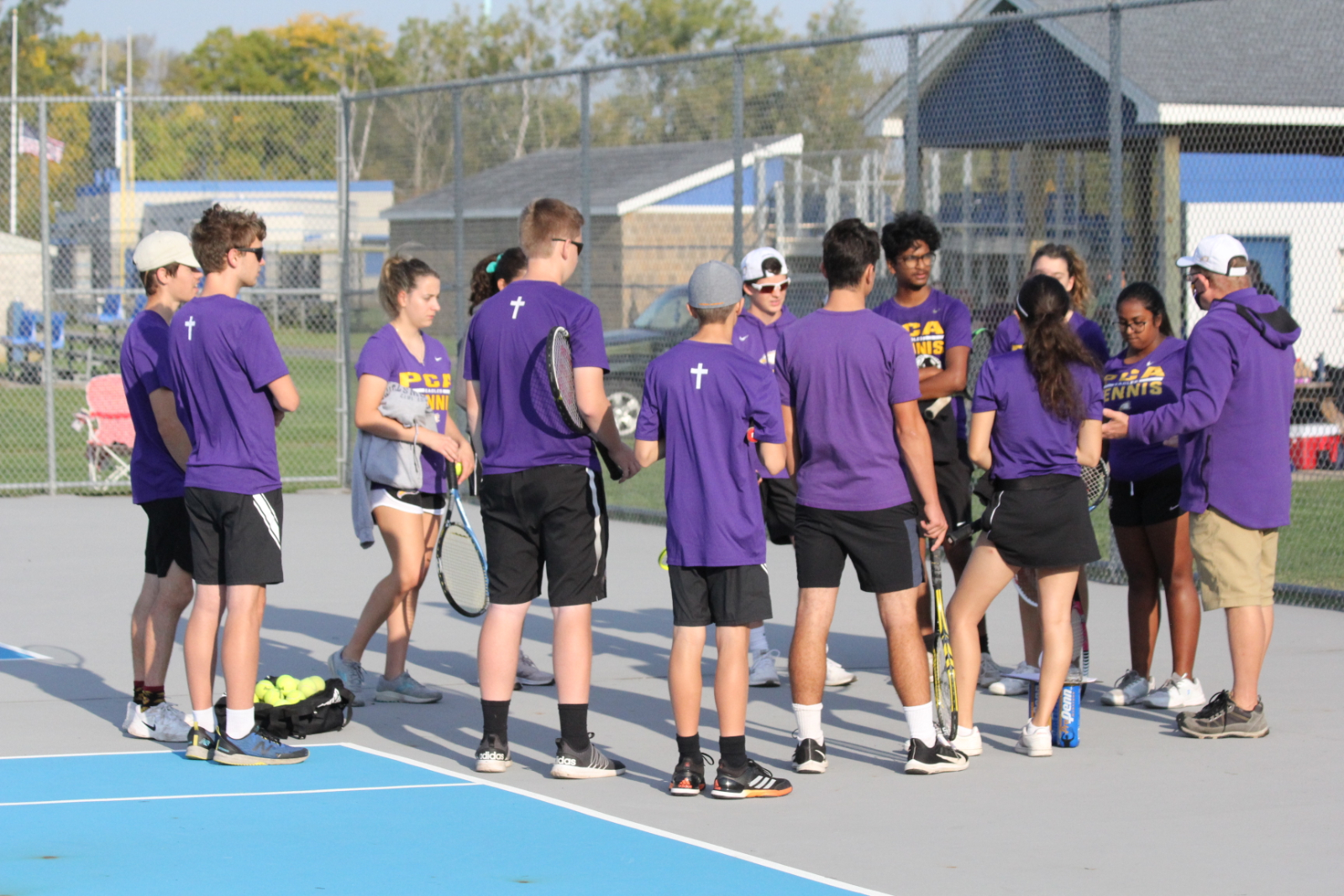 from Ann Arbor Greenhills swept their matches and finished first with 24 points. The Carlson JV “A” team finished second with 12 ½ points, PCA had 6 and the Carlson JV “B” team earned 5 ½.

Coach Brett Manning made a few line-up changes and some underclassmen got an opportunity to play singles, up in the line-up or with different doubles partners. The chemistry seemed to pay off as the entire team was focused, upbeat and displayed a positive attitude throughout

The Eagles were led by Evan Southerland at #2 singles and Brett Holmes at #3 singles. The freshmen each earned 2 points as they went 2-1 on the day.

Isaac Demko was given another opportunity to play singles, at #4, and he made the most of it. He earned a three-set win against his Carlson “B” opponent and played well in a loss against the #4 singles player on the Carlson “A”

Tim Perumalla, who played well the entire day at #1 singles, earned the final point for the Purple and Gold with a straight set victory his Marauder opponent.

The Eagles improved daily over this busy week – they forced eight tiebreakers today and played their opponents from Greenhills very tough. With two wins earlier in the week, PCA is focused on finishing the regular season strong and preparing for the MHSAA tournament which begins in two weeks.

Here was the line-up for today’s event: 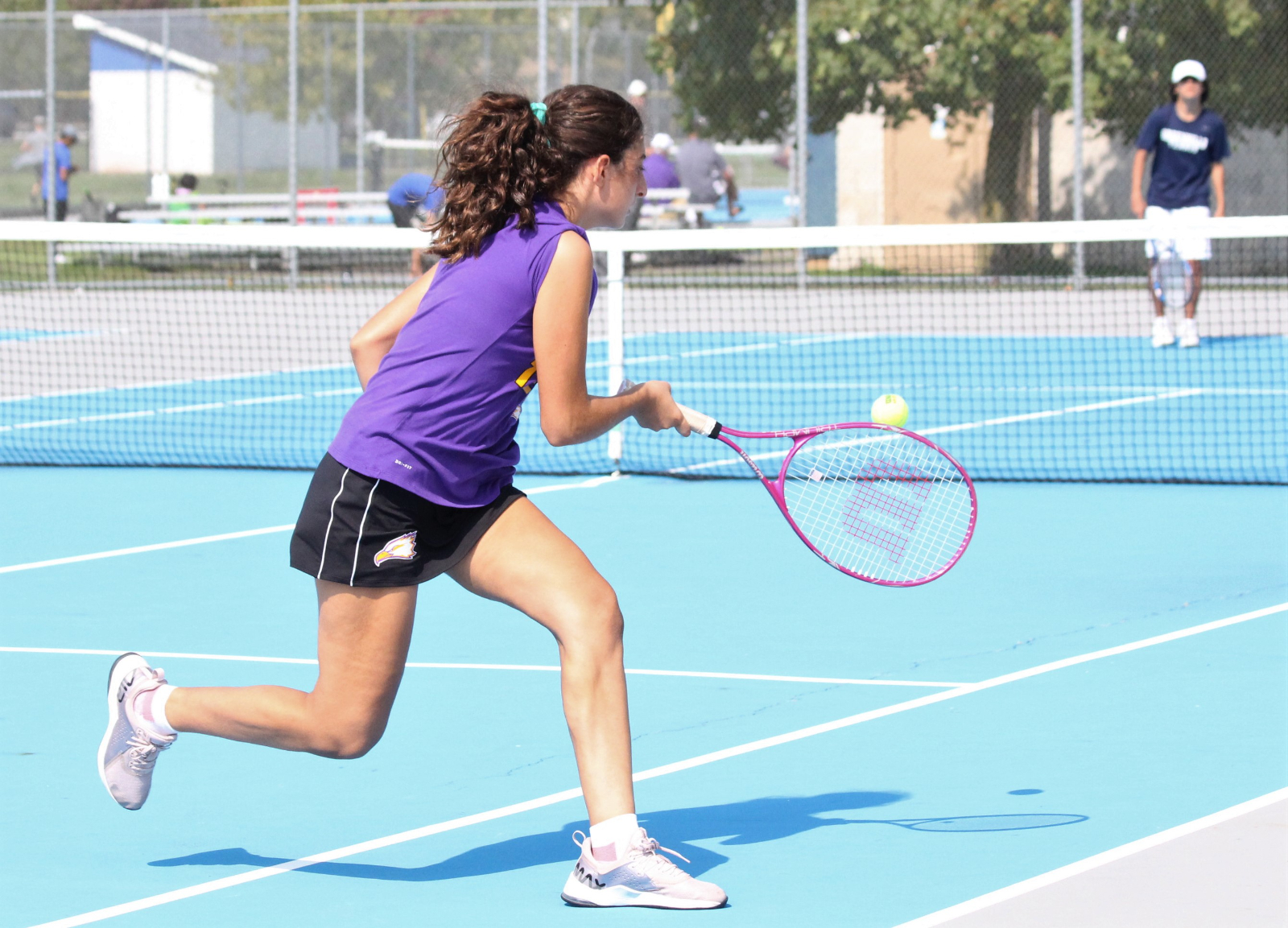 The Eagles will be back in action on Monday when they travel to Southfield to take on Southfield A & T. The matches will begin at 4:30.