PLYMOUTH, MI (October 2, 2020) – PC A earned a 4-4 tie with the visiting Irish from Ann Arbor Gabriel Richard. It was the best result on the tennis courts for the Eagles since their inception. 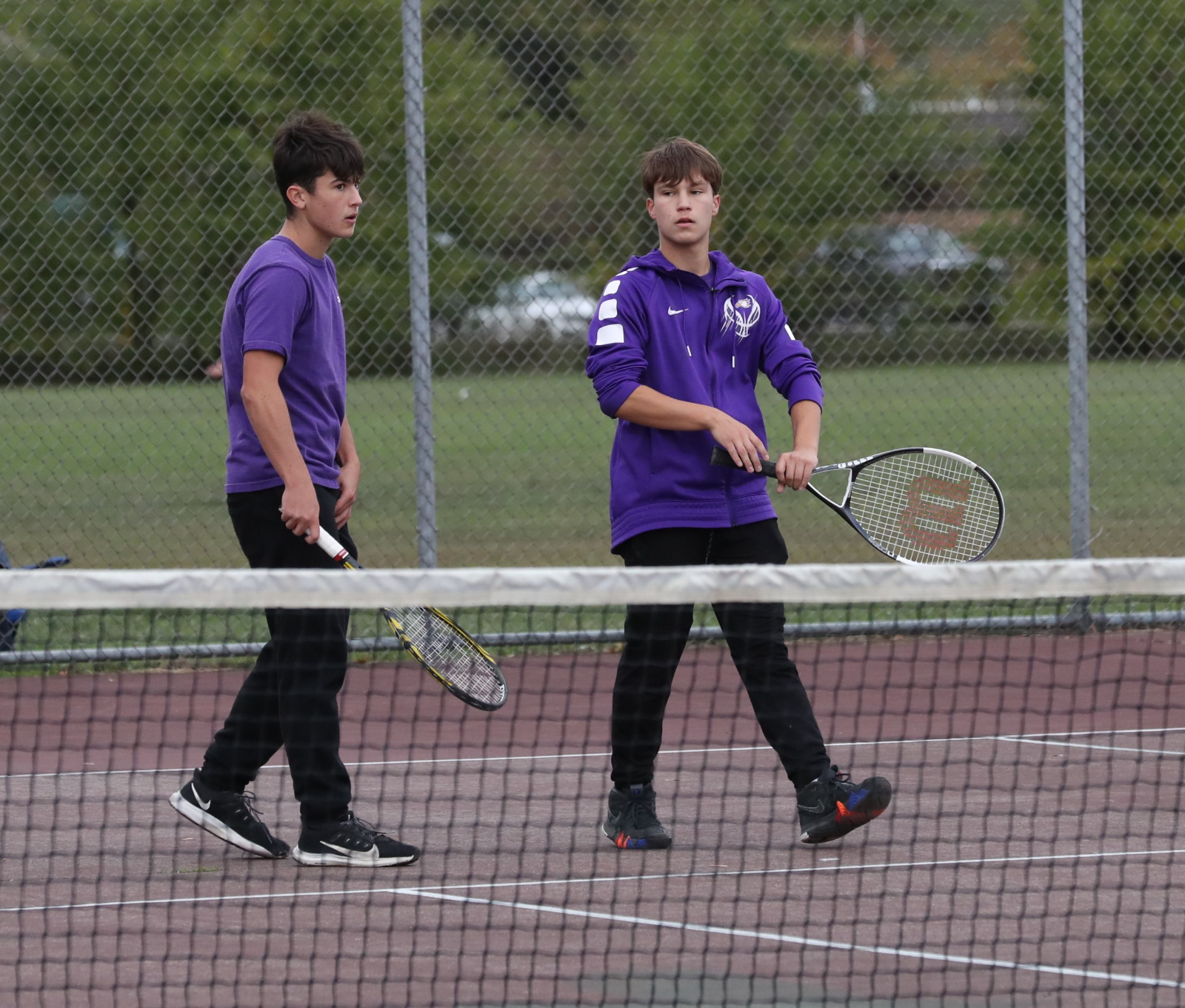 nial power was playing today with only nine and had to forfeit their #4 singles and #4 doubles spots, but that didn’t take away the fight and spirit that the Purple and Gold displayed on the PARC courts.

The #1 doubles combination of Christian and Evan Southerland played inspired tennis and won their match in three sets, 6-3, 5-7, 10-4. The brothers dominated the third set tiebreaker and got the match tie-clinching 4th point. 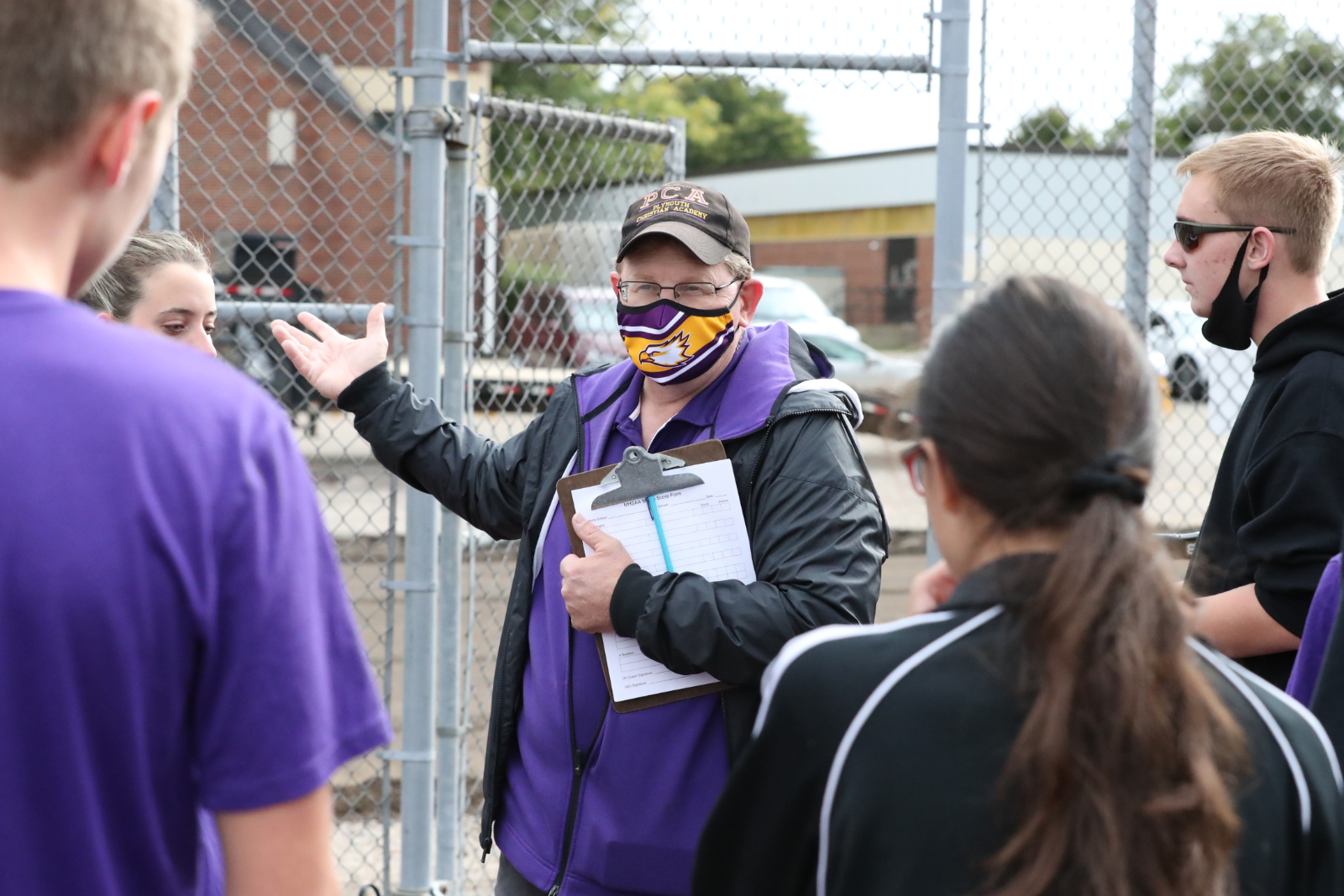 Demko and Eshton Kreiger won in straight sets, 6-3, 6-1. The pair was fired up following a pep-talk from Head Coach Brett Manning.

“I told the guys that their match was crucial in the outcome today”, said Manning. “We would lose 3-5, tie at 4, or win 5-3. They needed to come up with the win and turn their play around.” Demko agreed, “It was good to know that the team needed us – we needed that point. It helped our play. We only lost one game after that.”

Tim Perumalla continued his good play today. Even though he fell in three sets, the Junior #2 singles player showed he can compete at a high level. Perumalla scrapped the entire match but was on the short end of a 5-7, 6-4, 5-10 score. 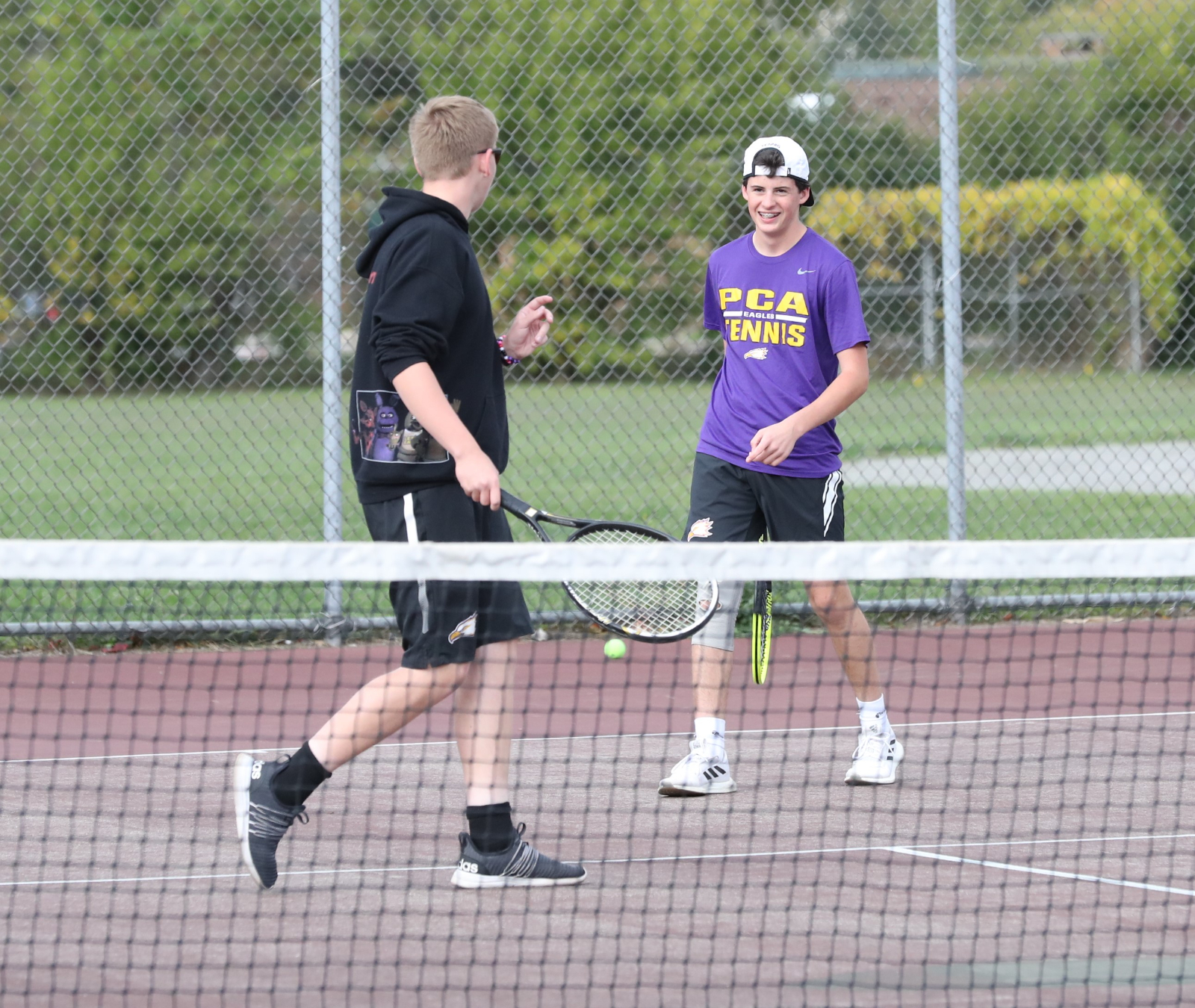 Other players who saw action today were – Alessandra Barker at #1 singles, playing against her former team, #3 singles Brett Holmes and the #2 doubles team of Vinnie Lewan and Stosh Zasadny.

The Eagles finished their regular season with a 3-4-1 record.

PCA now awaits the pairings for the district a

nd regional stages of the MHSAA State Tournament.  With Covid restrictions still in play, the MHSAA had to restructure their year-end event. The district rounds will begin on October 5-7 and move to regional competition the following week. The State Finals will be played on October 16-17 with the #1 singles tournament being contested on October 22-23.