ALLEN PARK, MI (October 3, 2020) – The Eagles went on the road to Allen Park to face their arch-rival, Inter City Baptist Saturday and came away with a 3-1 win.

For most of the firs 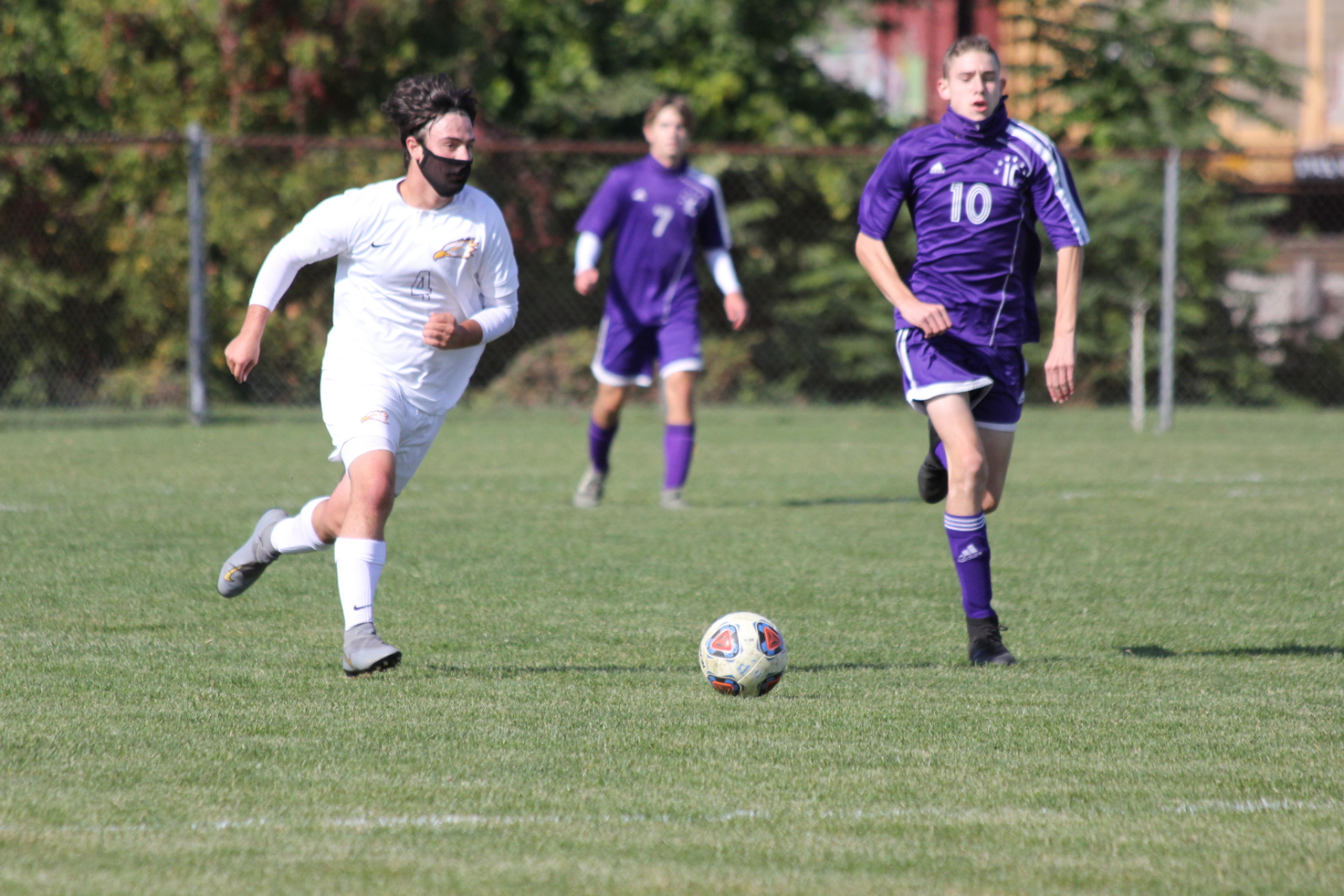 t half, the Chargers controlled the tempo, but could not mount any substantial scoring threats. PCA’s Jacob Weertz got the Eagles on top early, as he capped off a strong counterattack with a shot from the left side of the ICB’s keeper.

The Chargers tied the game with 3:00 minutes to play in the first half. The ball struck by an ICB player seemed to have eyes as it tumbled high over Dillon Morby, the Eagles netminder and into the back of the goal.

Nathan Etnyre didn’t allow the game to be tied for long, as he capitalized on a misplay by the Inter-C 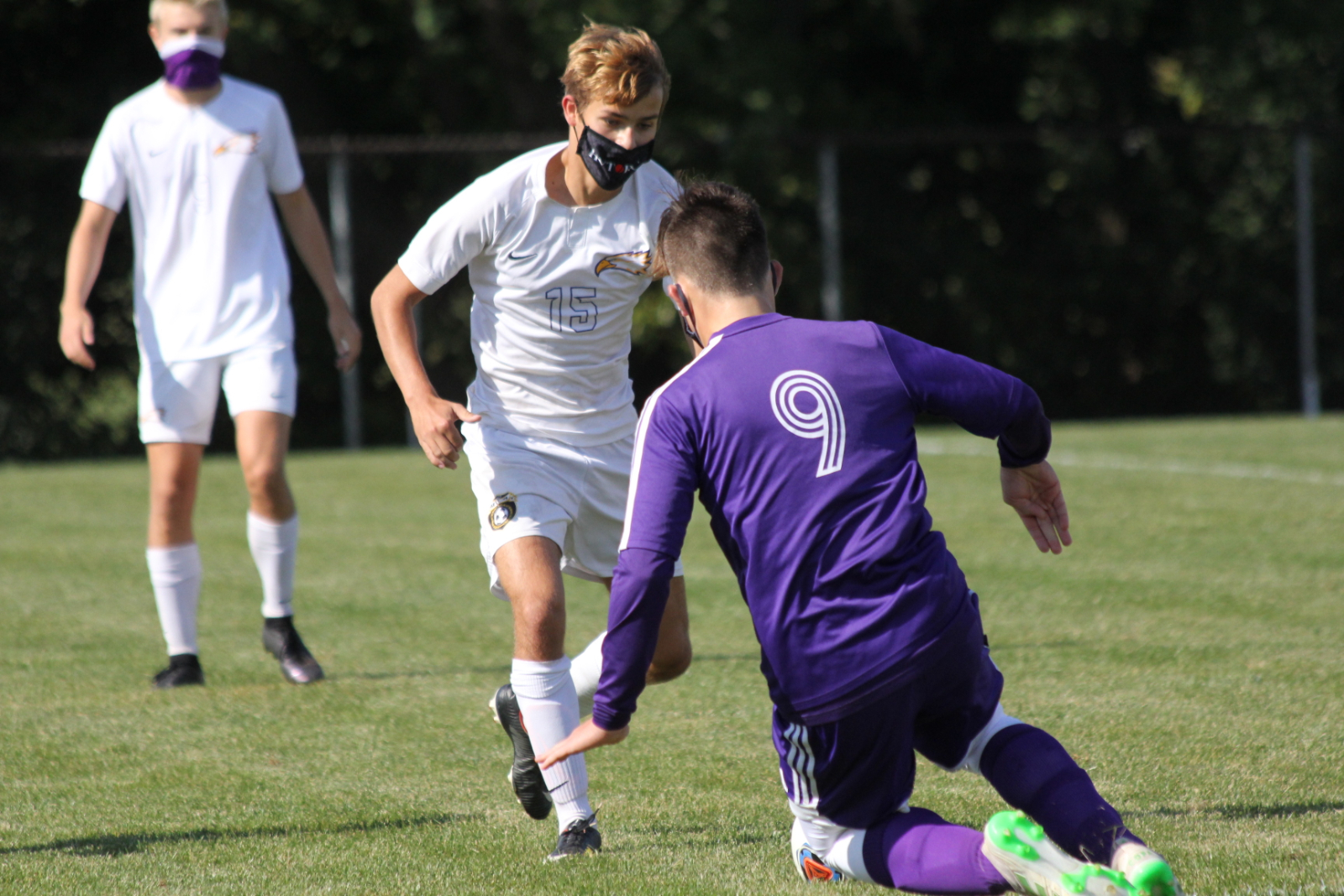 A big save by Morby near the end of the half preserved the Eagles 2-1 lead.

In the second half, PCA dominated possession, scoring chances and pace. Jacob Weert 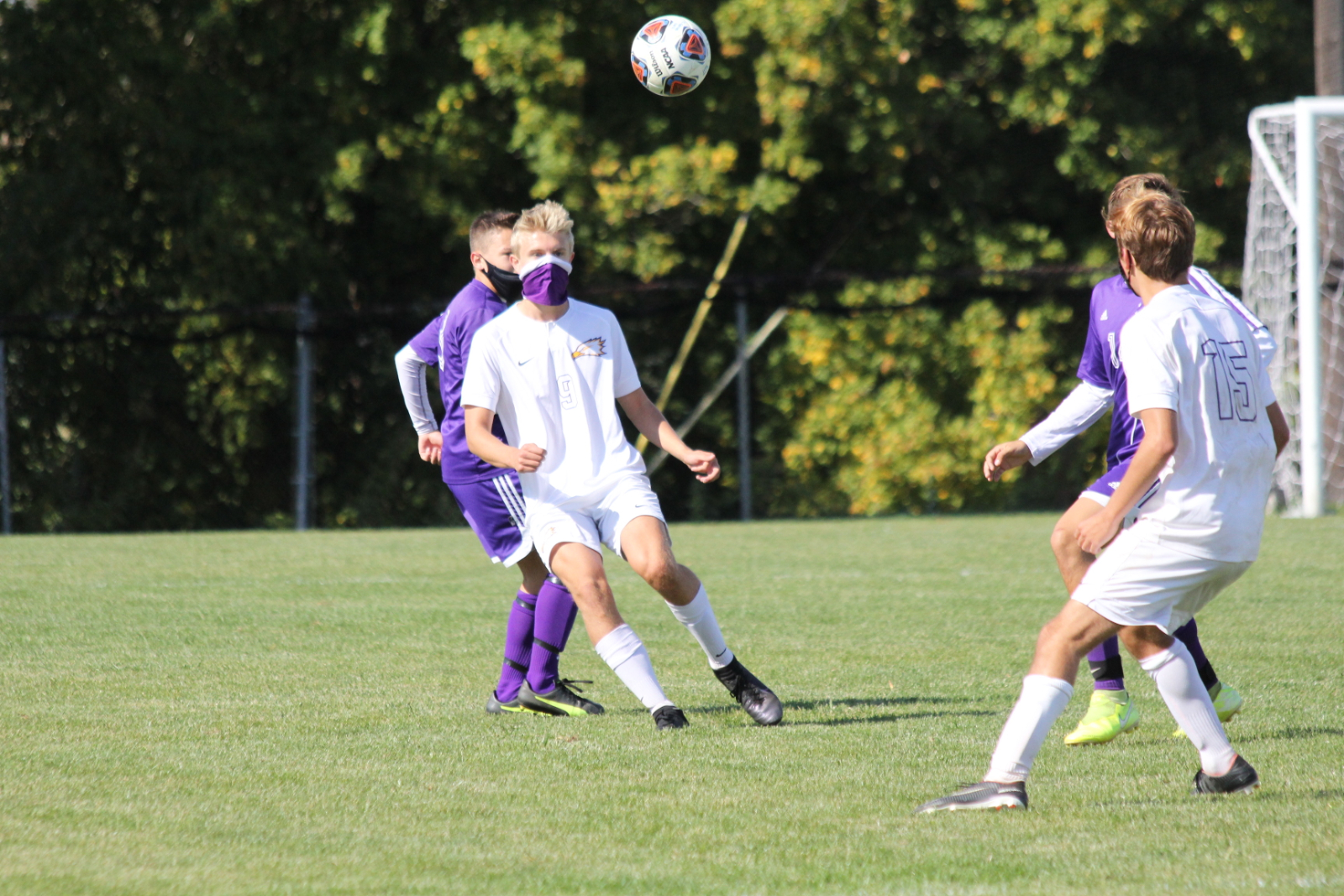 z notched his second off a Bobby Dotson corner kick.

PCA will be back in action on Monday when they travel to Auburn Hills to take on Oakland Christian. Game time is 4:30. 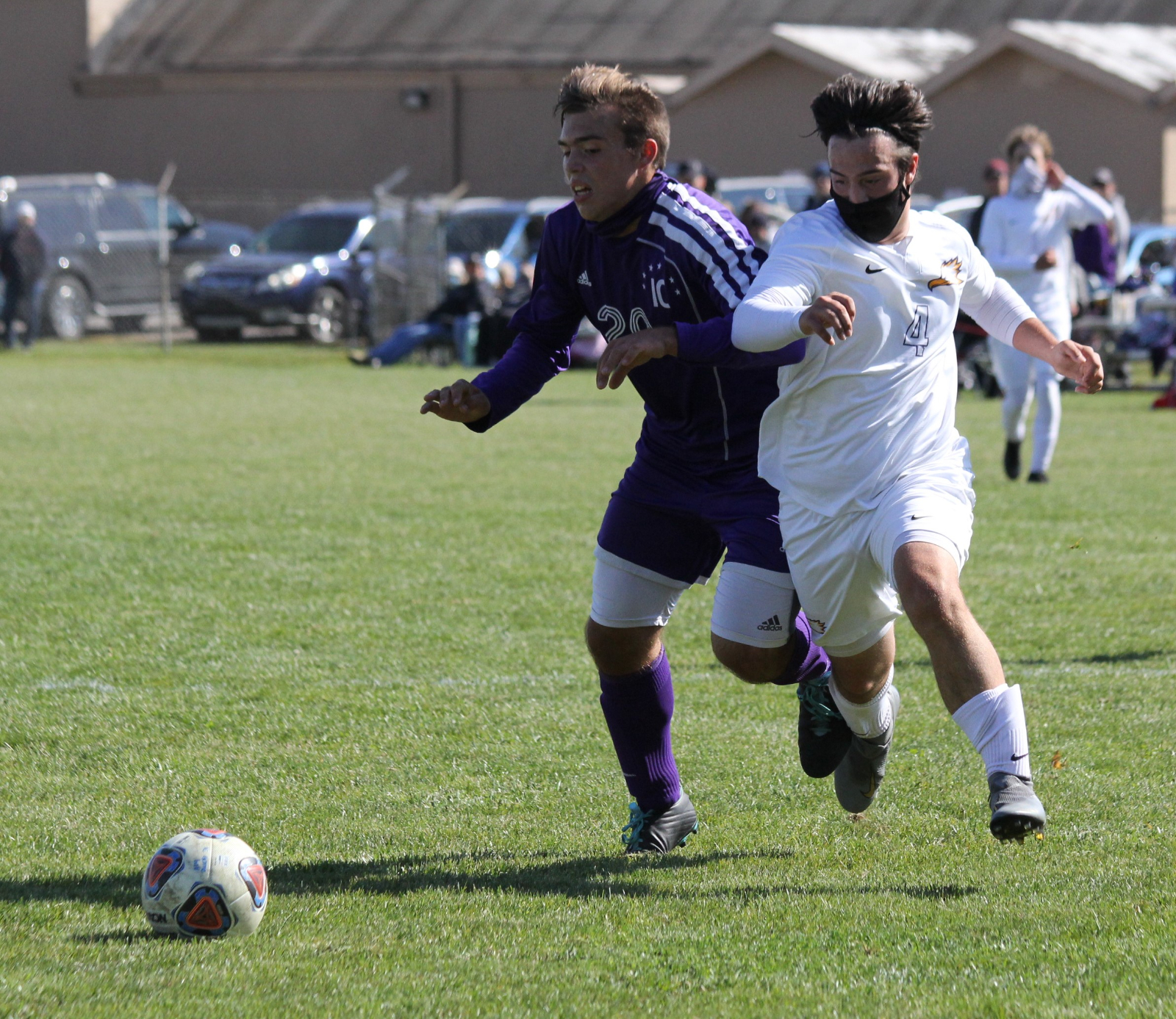