The Eagles fell short in their bid to qualify for State Championship which will be played next week. PCA has never qualified for the Championships but this year marked their best finish and the closest they have been since the inception of the team.

Because of the Covid pandemic, the MHSAA re-aligned the tournament into 4-team Districts. The Eagles were seeded third an 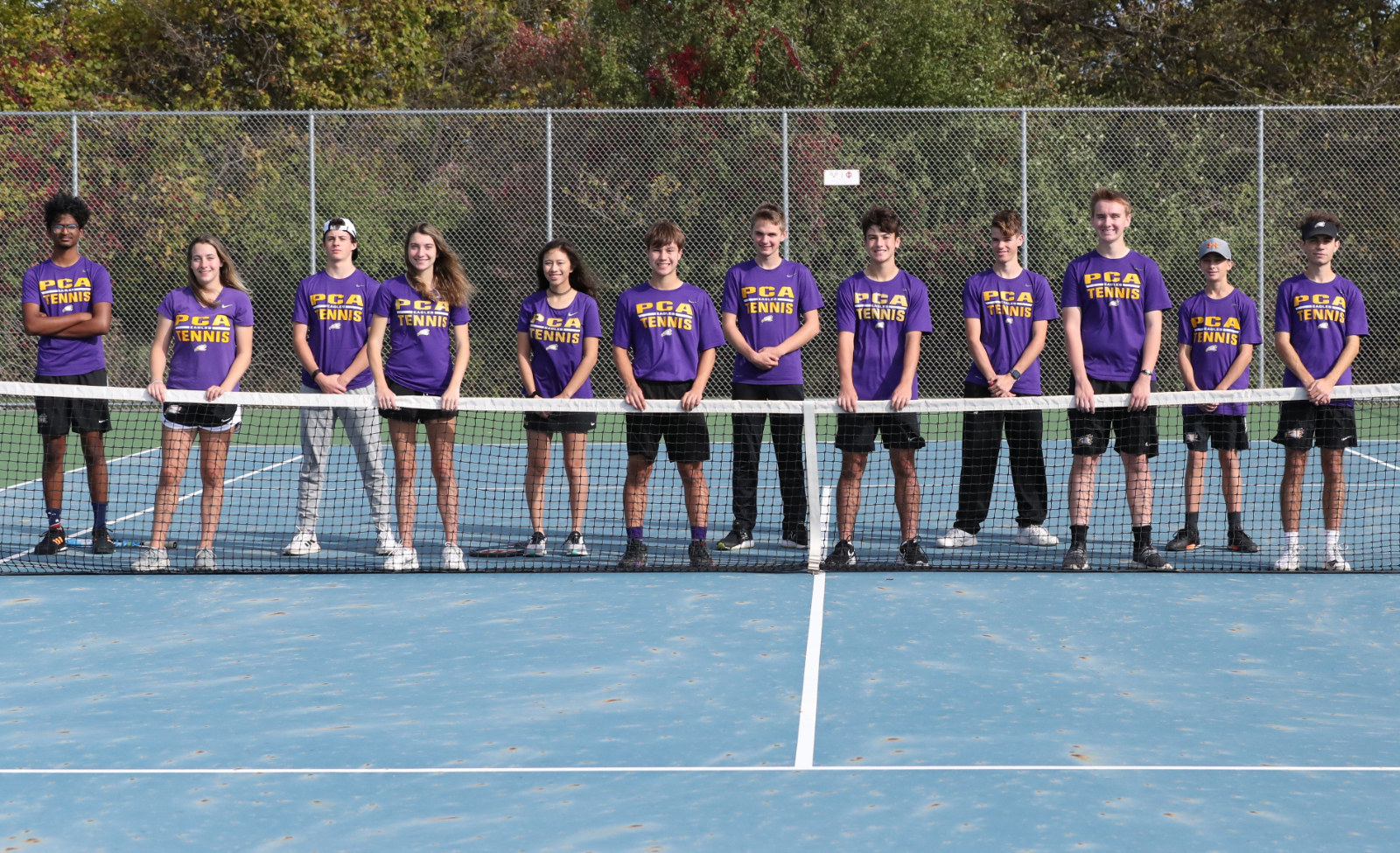 On September 25, PCA downed SMCC, 5-3 in a match played at the PARC. Today, however, there was more at stake.

The Sentinels traveled with only five players today, so they had to forfeit their matches at #4 singles and #2, #3 and #4 doubles. The Eagles only needed one victory to advance. 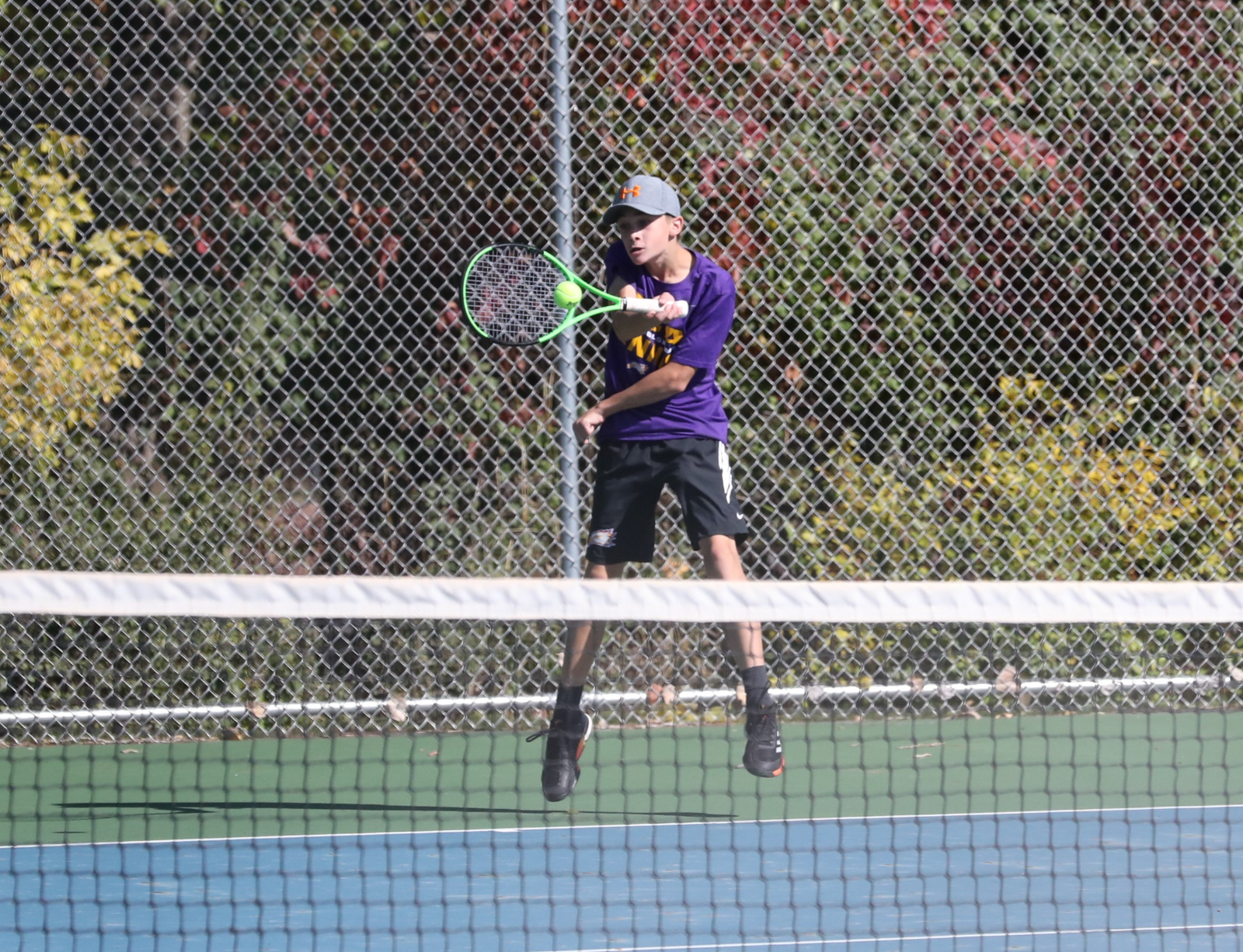 They got that point when the #1 doubles team of Evan and Christian Southerland won 6-1, 6-0. The brothers adjusted to the wind early and cruised.

#2 Tim Perumalla fought off a stomach illness but couldn’t fight off his SMCC nemesis. He lost a first set tiebreaker and lost the match, 6-7, 2-6.

In the match of the day, #3 Brett Holmes endured questionable line calls (he eventually asked for a line judge), the wind and 2 ½ hours of back and forth tennis to win 4-6, 6-4, 6-3. Brett was one of the first matches out and the las 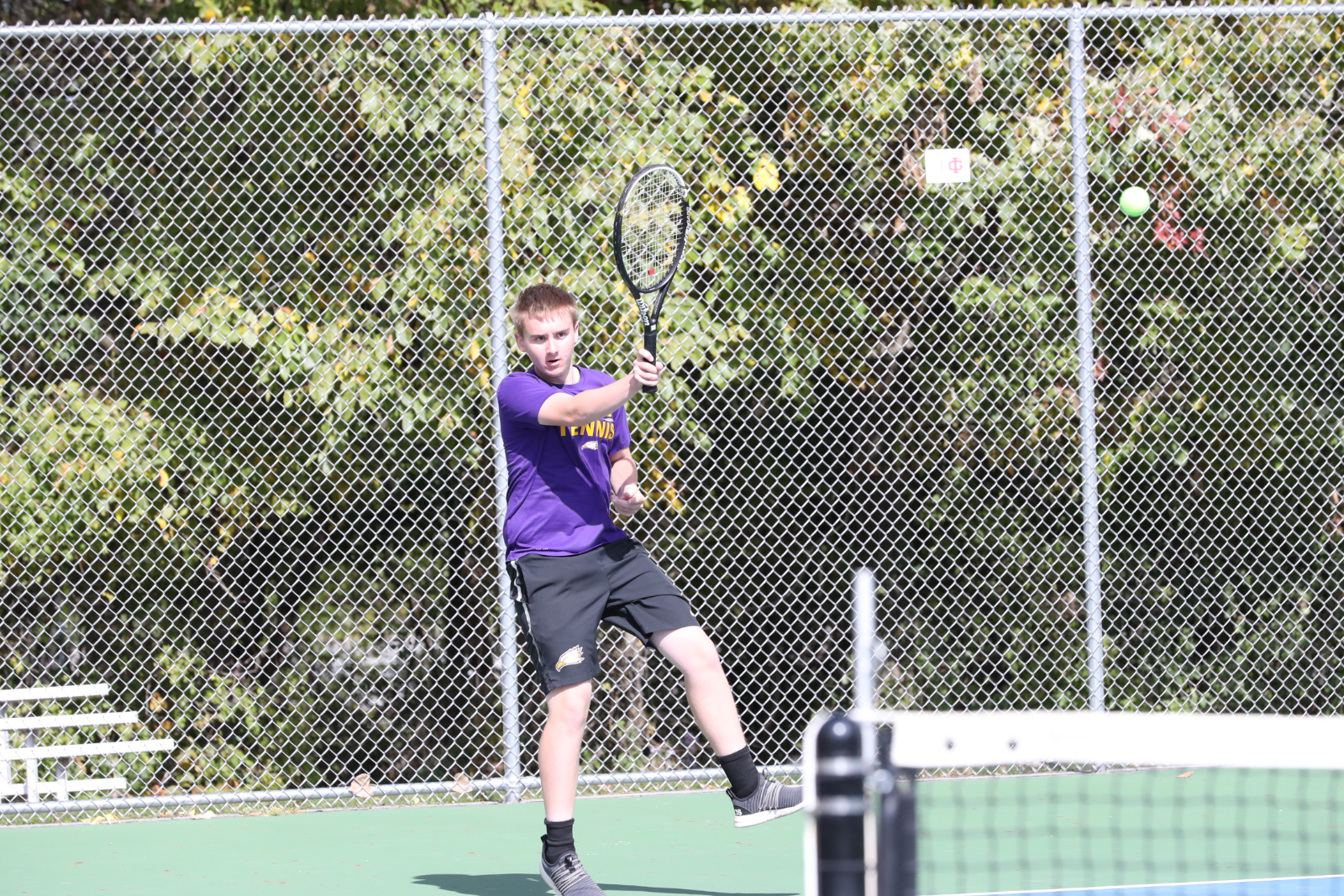 t to come in. He enjoyed the break he had between matches.

The Eagles were officially in the District Final after downing SMCC, 6-2.

Even though a few of the semi-final matches were still going on, Grosse Ile and PCA began their battle.

The wind picked up throug 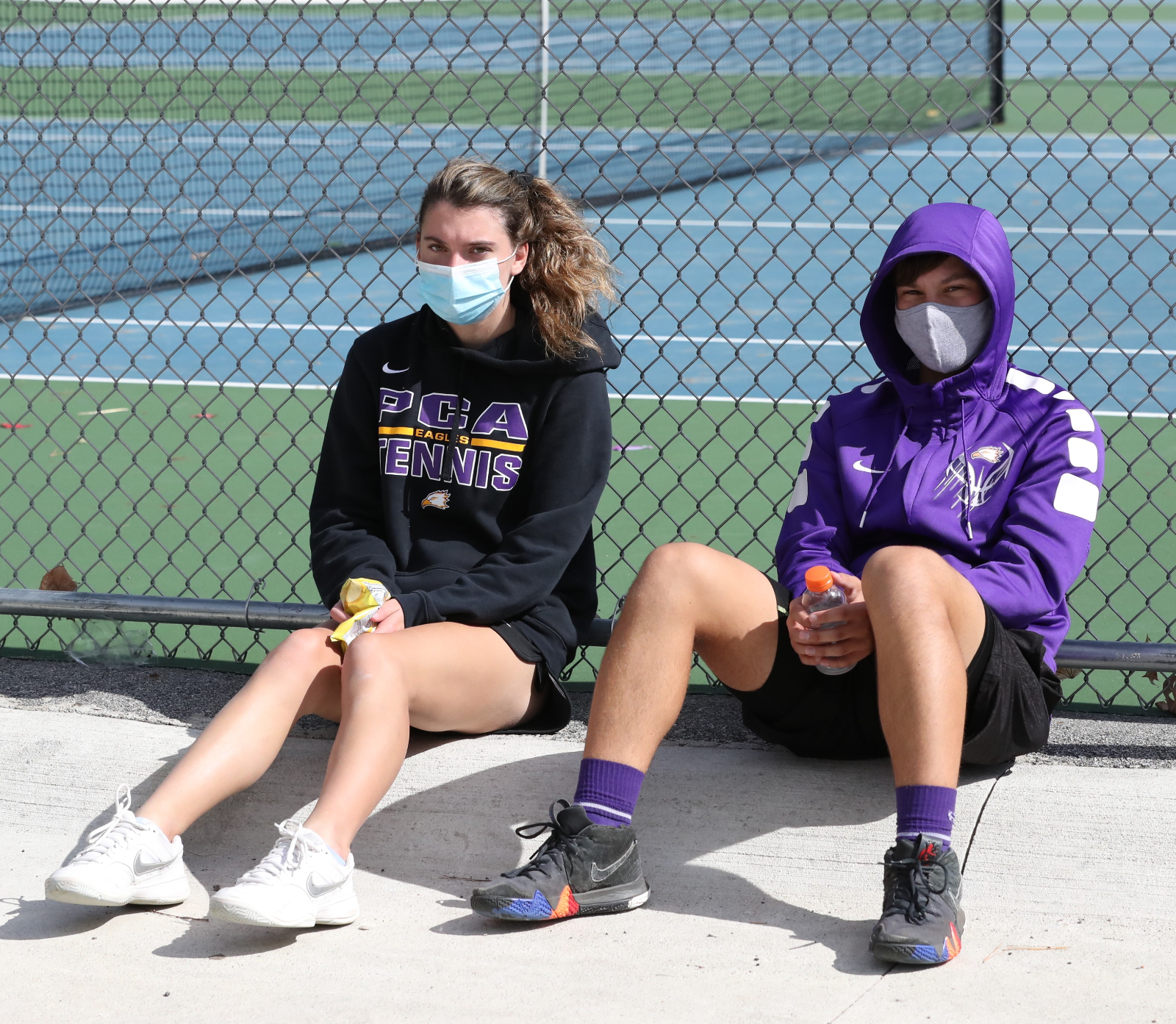 hout the afternoon and both teams struggled to find rhythm. The Red Devils played well and downed the Eagles 8-0, but many of the matches were close and it was a good learning experience to play one of the top teams in Division 4.

Alessandra Barker fought throughout the match and won two tough games in the second set.

All the Eagles played well today and honored God and their school in the process.

The Eagles will hold their annual Purple/Gold Matches and Senior Night activities on Monday October 12 at the PARC. Festivities will begin at 4pm.