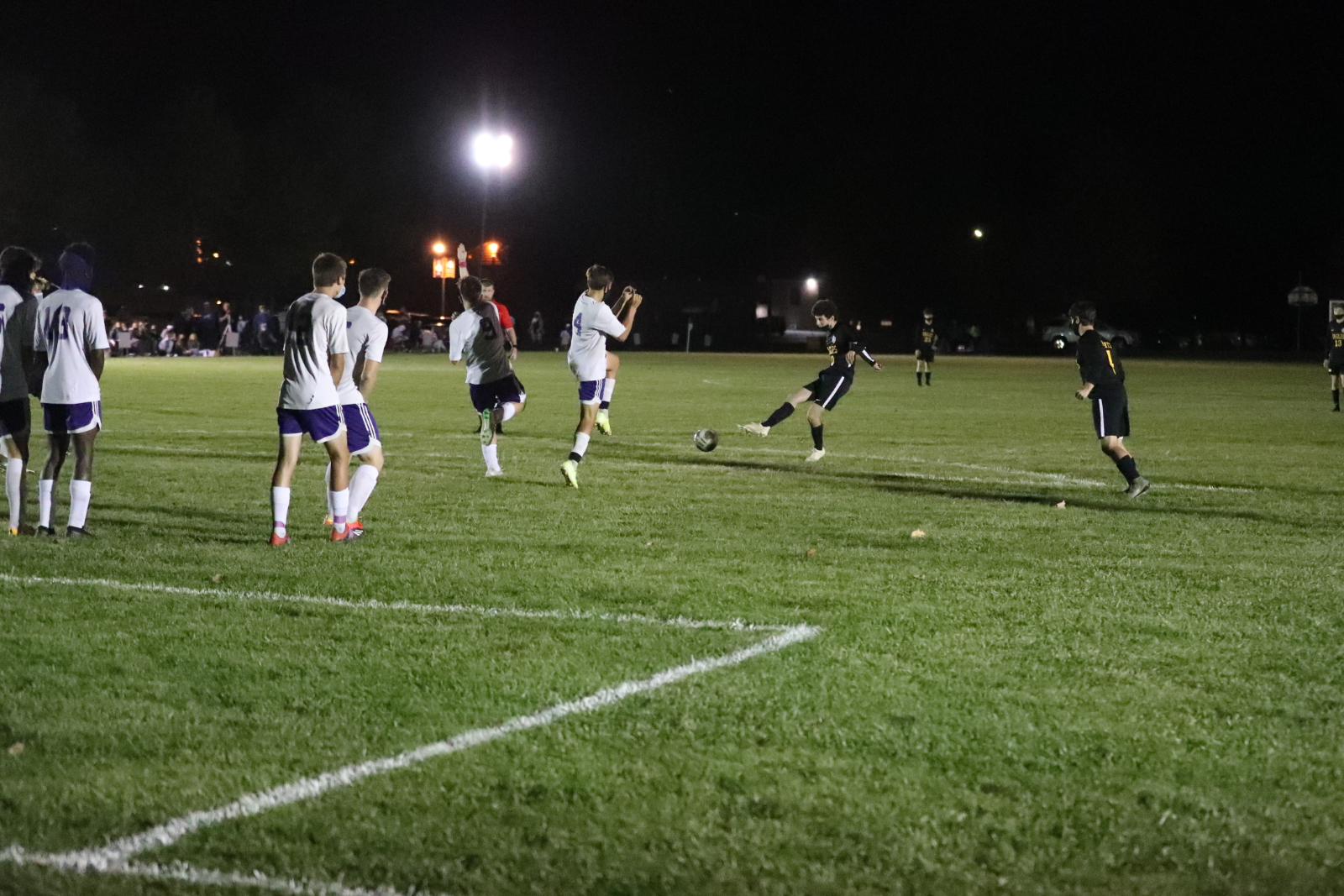 r the only goal of the match.  Jacob Weertz was credited with the assist.

The short-handed Eagles used their depth to their advantage and wore down the visitors, with a ball control offense and an aggressive swarming defense.

There were limited chances in the first half, as both teams looked for ball control. Both teams defended well, and the game was scoreless after the first 40 minutes.

PCA got the only goal of the match, six minutes into the second half. Inter Cit 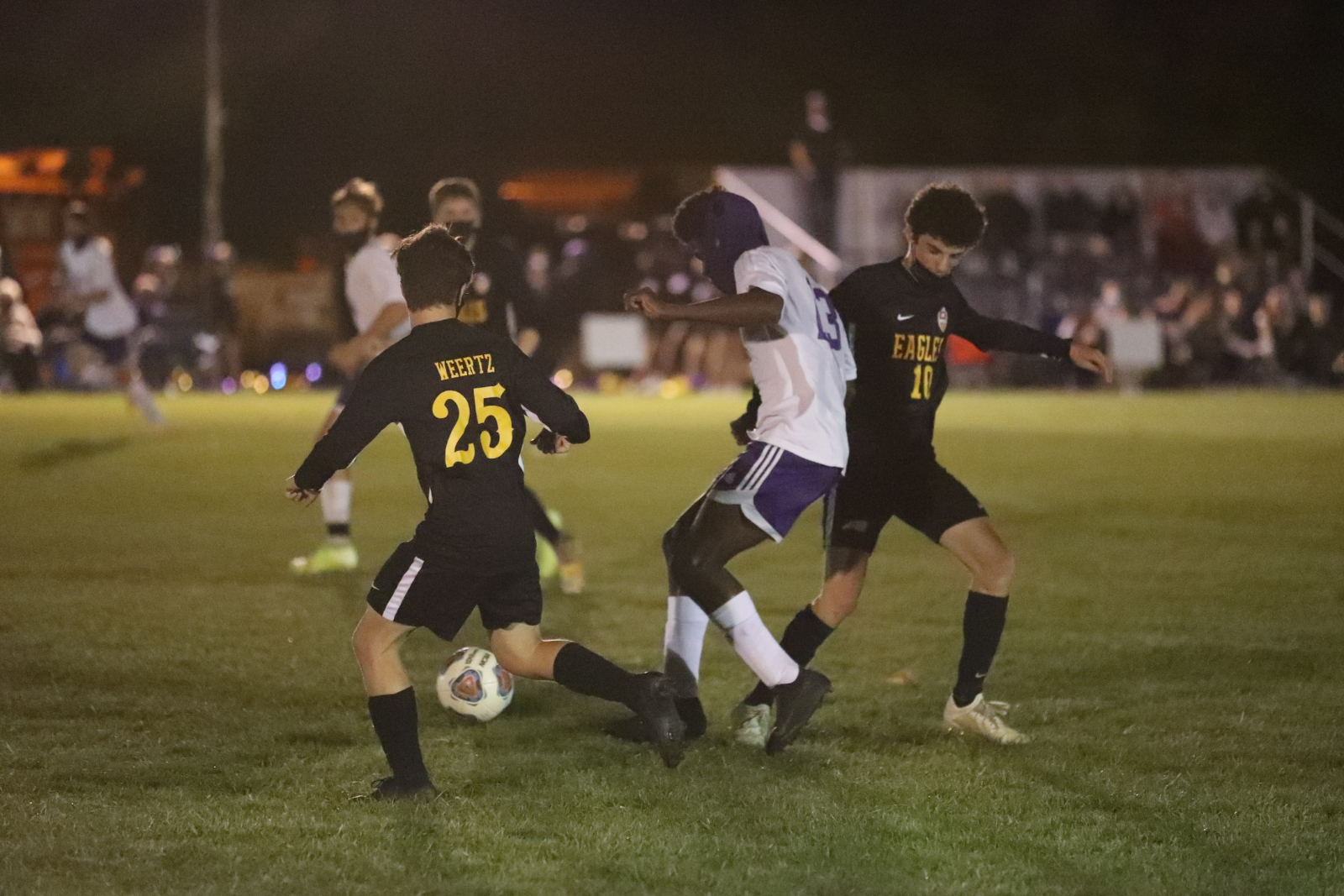 y was called for a foul that set-up an indirect for the Eagles. That’s when Weertz and Dotson went to work.

The rest was up to the stifling Eagle defense. For the last 30 minutes, the Purple and Gold locked down the Charger offense, limiting quality shots. And when they did break through, Goaltender Dillon Morby was equal to the task. Morby had two tremendous saves in the last few minutes to preserve the win as ICB pressed the action.

Following the victory, the Eagles were presented with the MIAC Championship trophy. It was a sweet moment on a beautiful evening. It gave the school and its fans a needed boost.

PCA closes out the regular season with a home tilt against Livonia Clarenceville on October 15. Game time is 4:30.