MONROE, MI (October 24, 2020) – A wonderful soccer season came to an end on Saturday as Adrian Lenawee Christian nipped PCA, 1-0 in a game played at The Nest  – the home of  Monroe St. Mary Catholic Central soccer.

Francisco Cabrera scored early in the second half for the Cougars, who head to Lansing Christian for the Regional Semi-Finals. 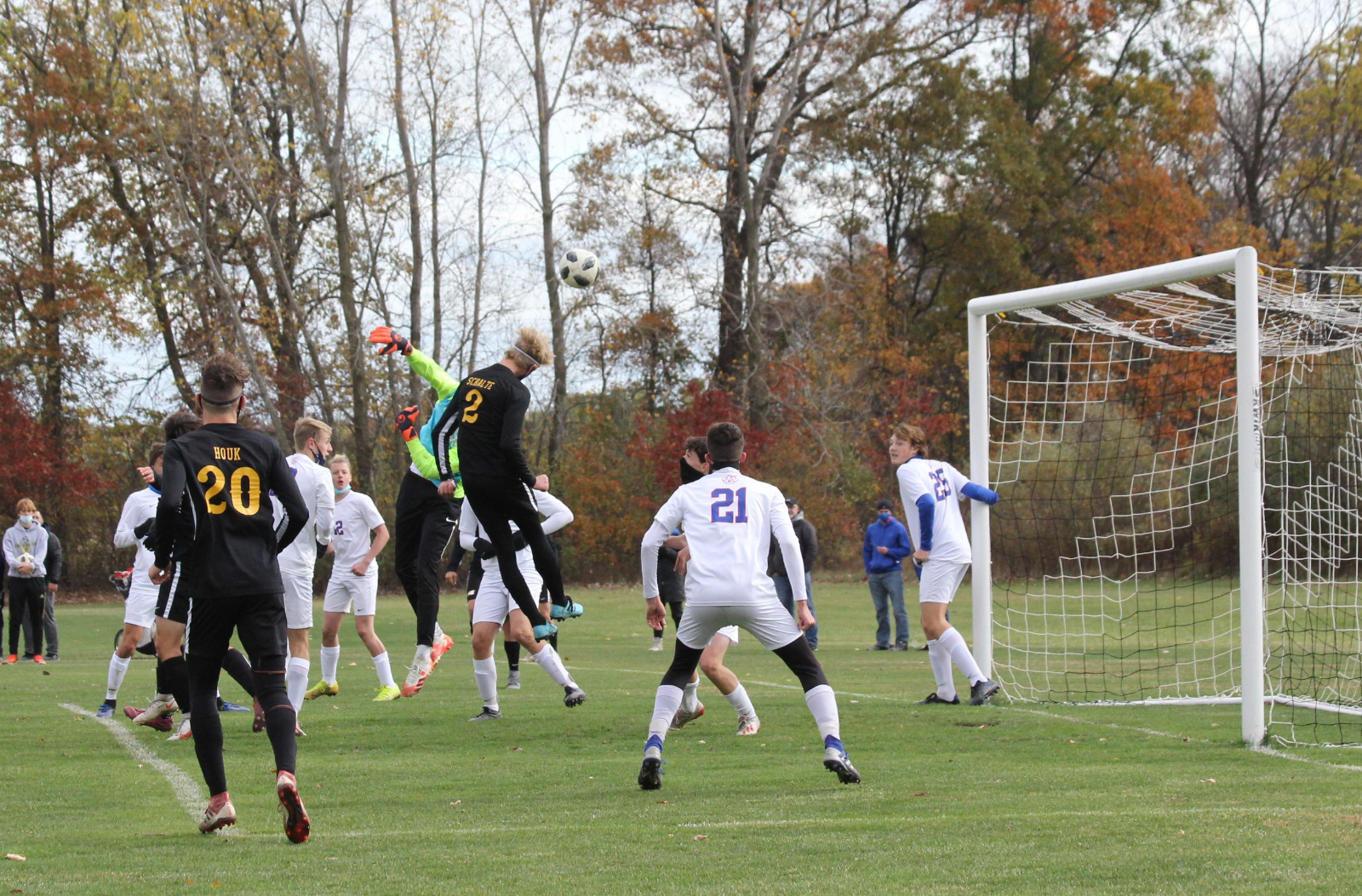 The game was dominated early on by the Eagles – they dictated the pace and kept the ball in Lenawee’s end for the first 15-20 minutes of the game. PCA had chances but could not score.

The first half evened out as Lenawee Christian picked up the play in their offensive end. A tremendous save by Goalie Dillon Morby kept the score level at 0-0. 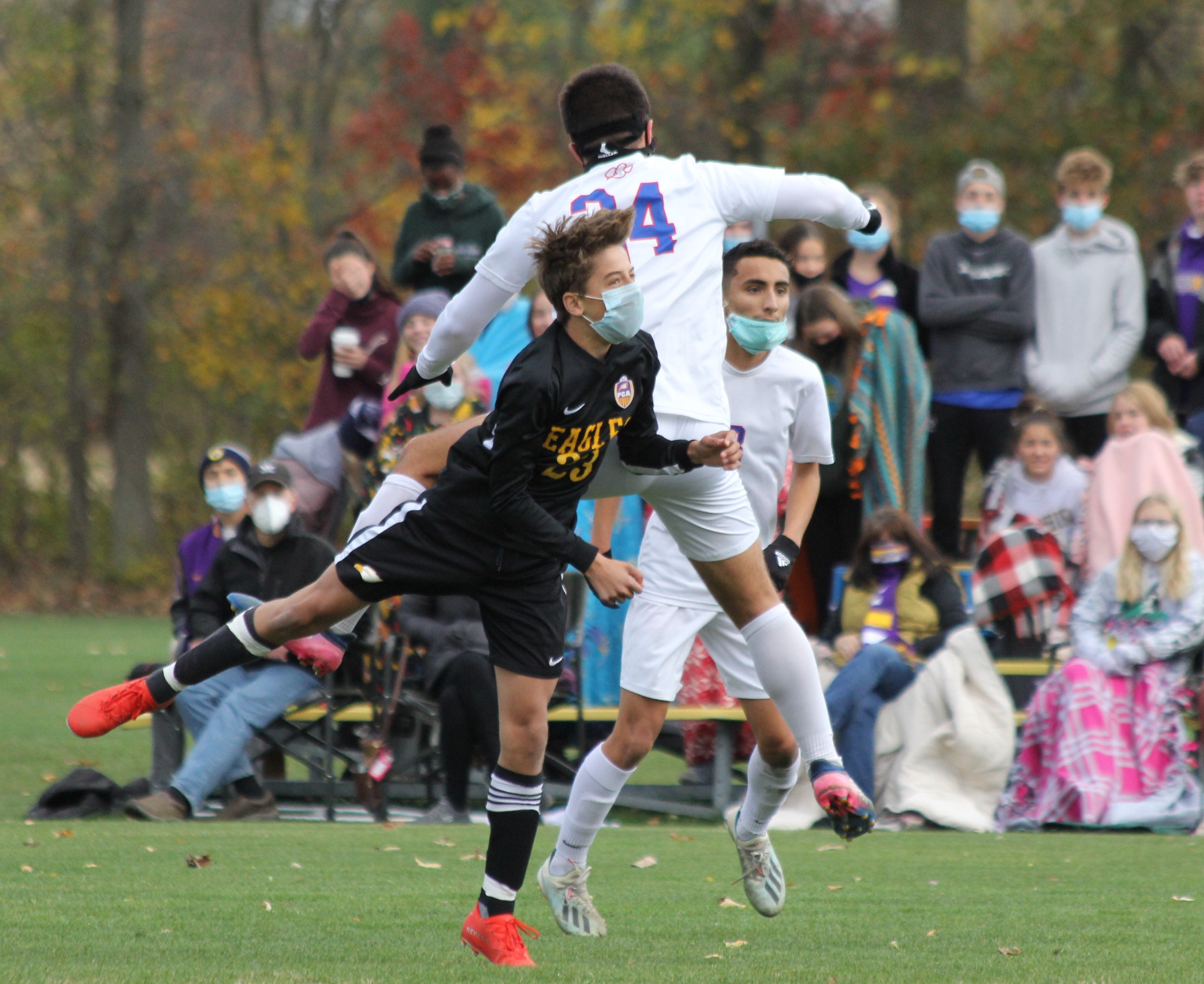 Offensive stalwarts, Nick Scott and Nathan Etnyre were frustrated by the quick close outs from the Cougar defenders. Some good runs led to a few chances in the first, but the Eagles couldn’t cash in.

The second half was all Lenawee Christian. They dictated the pace and maintained control of the ball in the Eagle end for the first six minutes. That pressure led to Cabrera’s goal – the only tally of the game.

PCA pressed throughout the latter stages of the game – trying desperately to get the equalizer, but every run by the Eagles was met with a skillful boot down the field or a timely touch out of bounds.

When the horn sounded, it was Adrian Lenawee Christian who earned the District title.

The Eagles finish 13-2-2 on the season. It was a fantastic run – thanks to all the players, especially the Seniors, the coaching staff and the parents and fans who supported them the entire year – well done!