CANTON, MI (November 6, 2020) – Plymouth Christian Academy had met Lutheran Westland twice in the regular season, winning in straight sets both times. Tonight however, they were meeting for the right to advance to the regional stage of the MHSAA Volleyball tournament. On this evening, there was no evidence of tournament pre 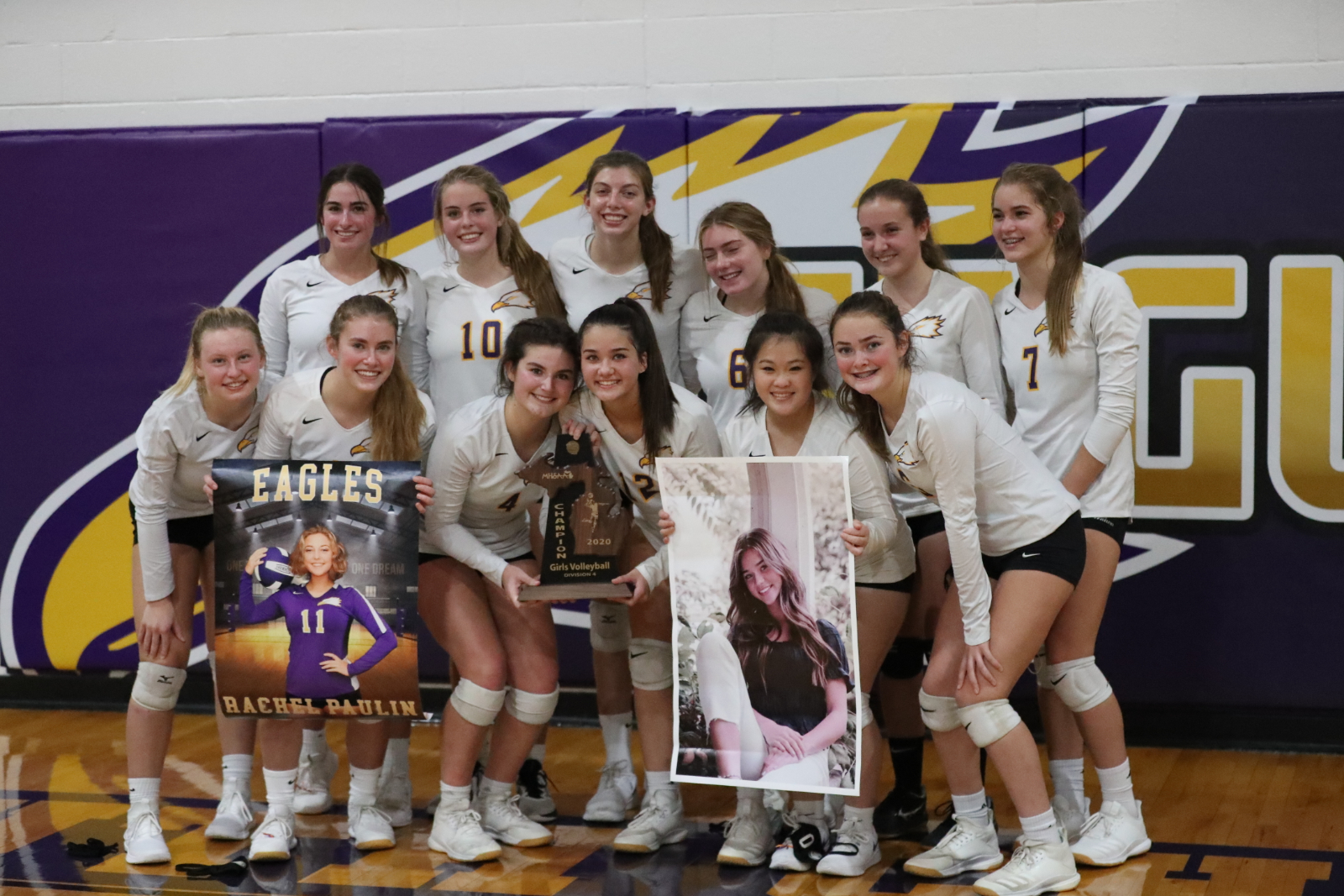 The Eagles advance to the Regional Semi-Final against the host school, Petersburg Summerfield. That game will be played on November 10 at 7pm.

PCA displayed solid passing and communication in the first set. Lutheran Westland found themselves trailing early and never threatened. Junior, Saige Yakuber served well in the first and fellow Junior, Ava McInerney served out the set to give PCA a 1-0 lead.

The second set was closer. PC 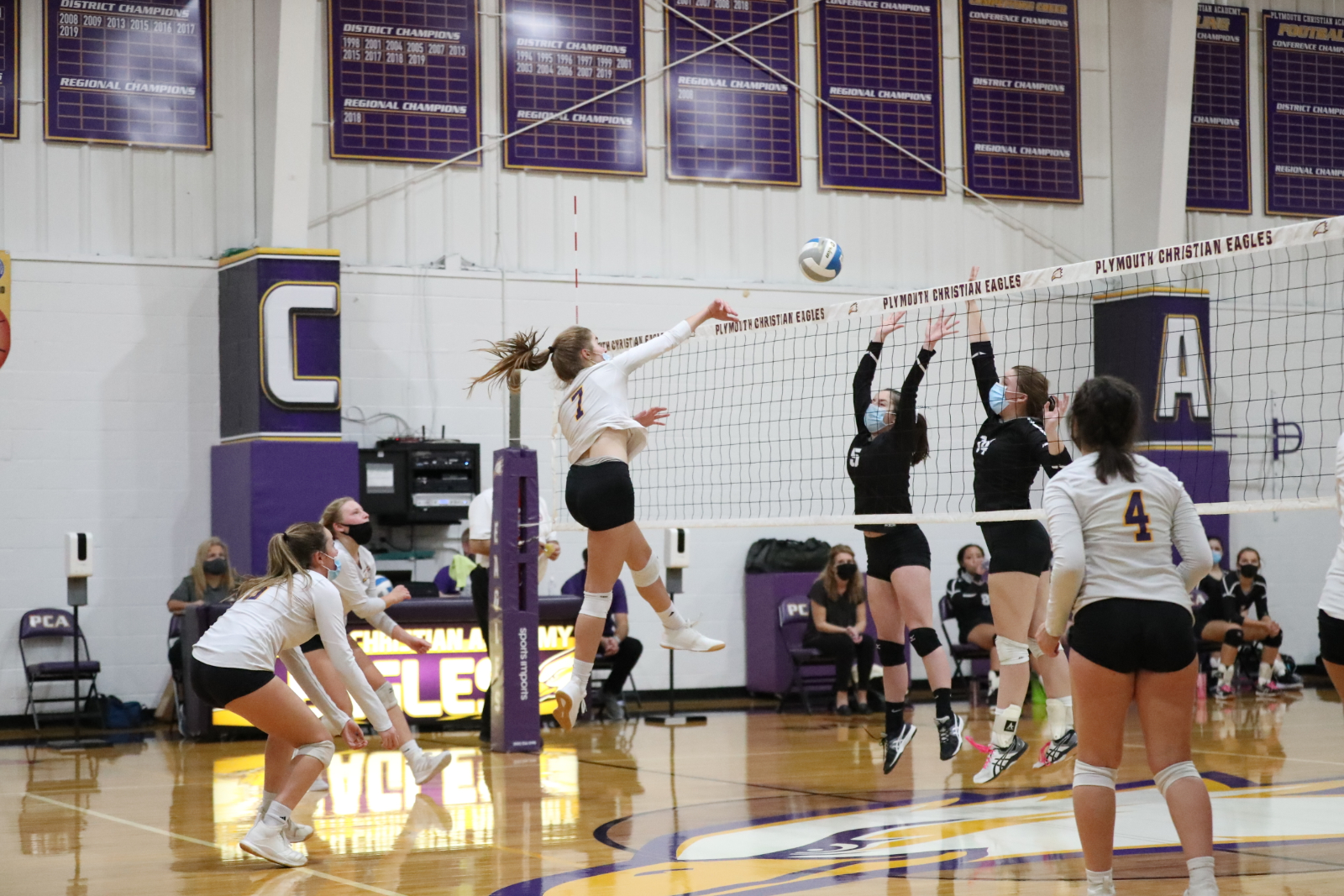 A surged in front but Lutheran Westland responded, cutting the PCA lead to four at one point. Again, serving was key as the Eagles got great efforts from Junior Hallie Creighton and Lauren Heussner.

Freshman Allie Pilat led the way in the third. Her front court play was solid and allowed the Eagles to play aggressively offensively and defensively. The Eagles cruised in the third, 25-13. 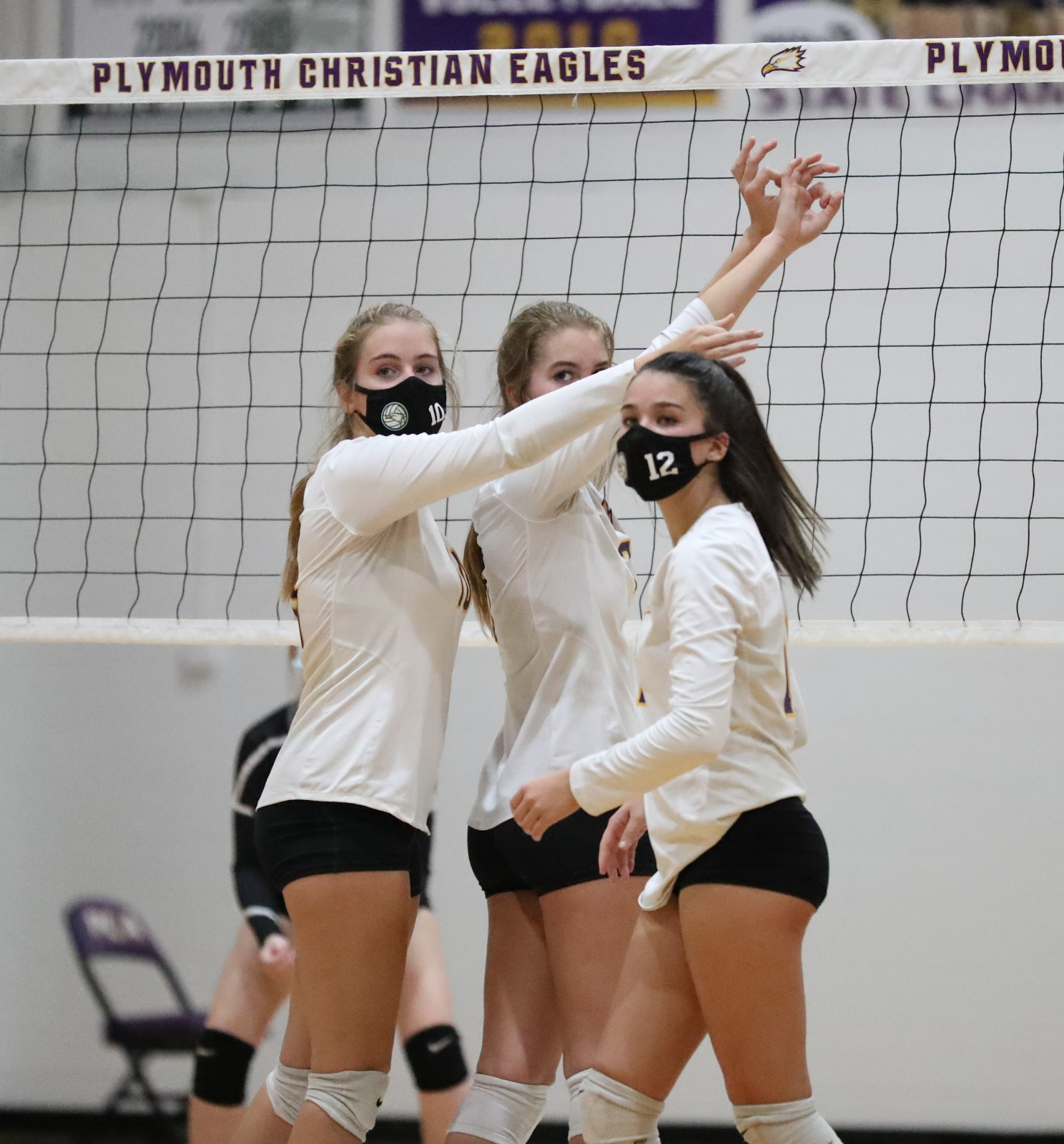 A PCA shout out to Seniors Emma Heussner and Rachel Paulin who contributed mightily in the semi-final victory but were unable to play tonight. Hoping that they will be available on Tuesday.

PCA improved to 10-5 on the year and look prepared to battle the entire tournament – their tough regular season schedule should have them steeled for the competition.